After looking at various paintings of robe battante’s, the next step was to see what can be seen when it comes to extant clothes. As my time-frame is so limited I haven’t been able to find much, undoubtedly there are more of them out there than I know of. 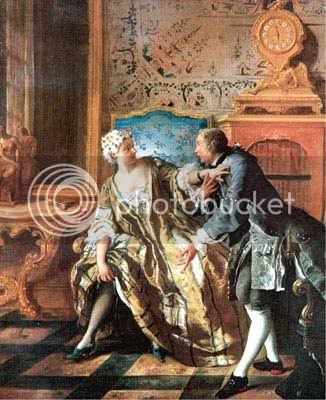 I have found pictures of two robe battante’s and one casaque. I’ve also studied the patterns for a robe battante and a casaque in Norah Waugh’s The Cut of Women's Clothes, 1600-1930 and found that the cut varies. The battante and casaque in Waugh are cut very similar to each other. 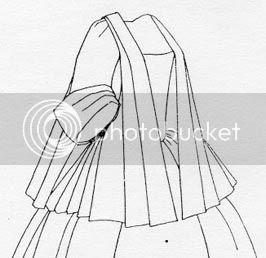 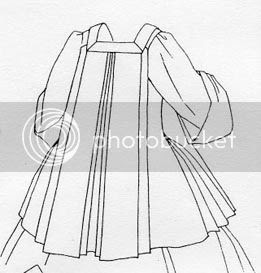 They have a loose pleat in the front and the side are cut like an L, with the shirt angling out from the tip. 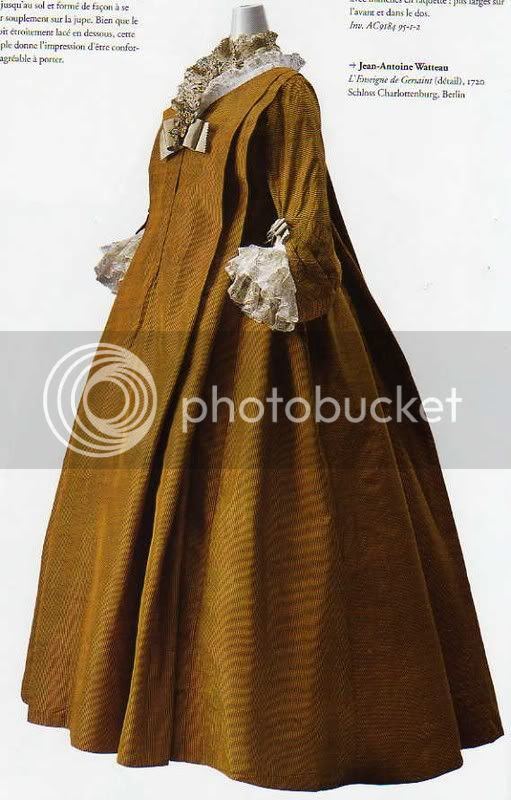 The other battante I’ve found a picture of seems to be cut without the front pleat, instead there is a collar that makes it looks like it has a pleat. I can’t be positive about that, but to me it looks quite alike this casaque, which I know have a collar and no pleat, as it is described in detail, as well with a pattern, in Hammar & Rasmussen’s Kvinnligt mode under två sekel 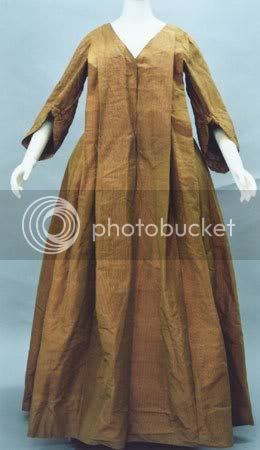 This casaque and its quilted petticoat was probably a wedding gown and are made out of yellow silk. The petticoat has unfortunately been severely altered and don’t have its original shape anymore. 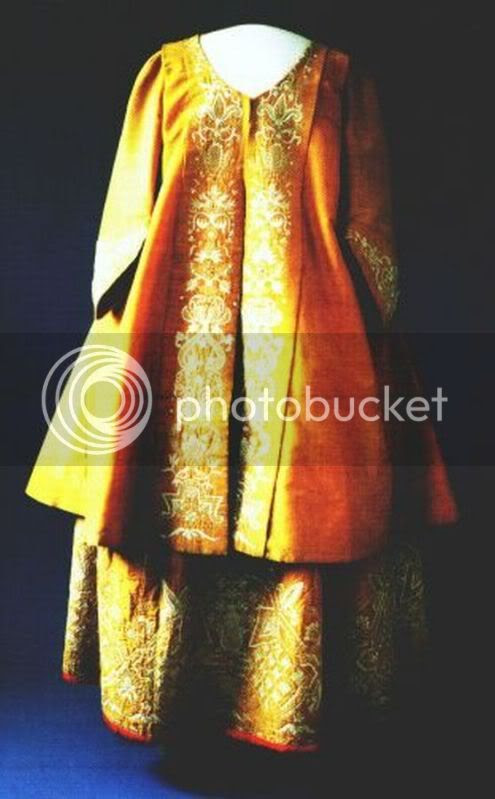 The pattern is different not just because it lacks the front pleat, but because the side is cut like a (and the shirt part is just a continuing line outward. 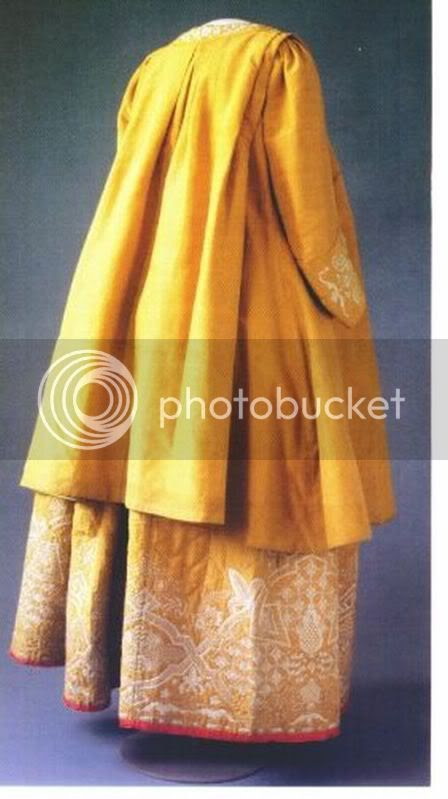 So, with two different patterns, I had to decide what patterns to use. I’ve actually already made the casaque, albeit in a shorter version, a couple of years back I was very short of time, so omitted the collar and the shaped cuffs. It would have looked much better with it. 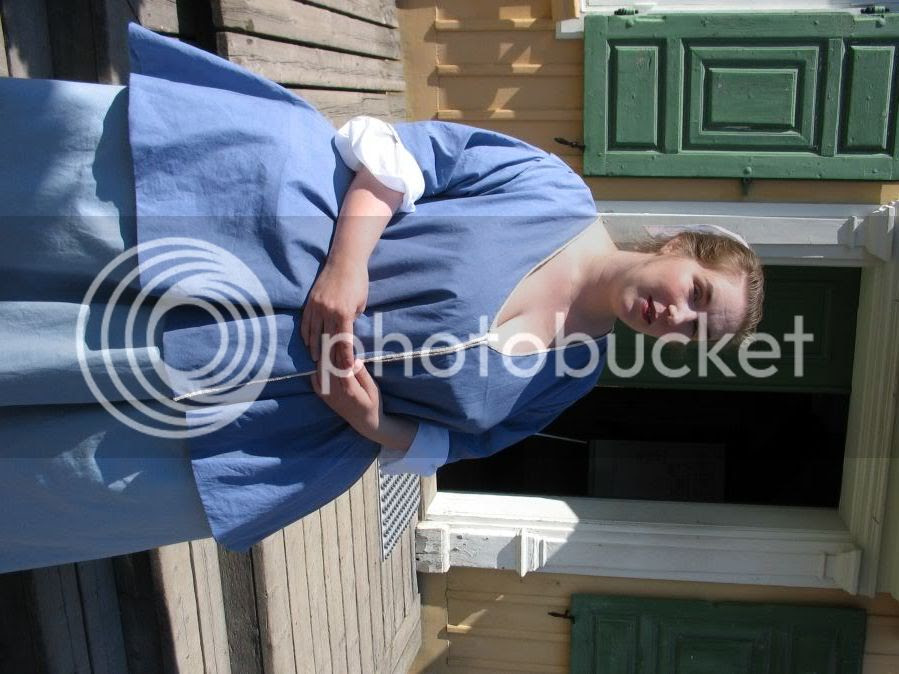 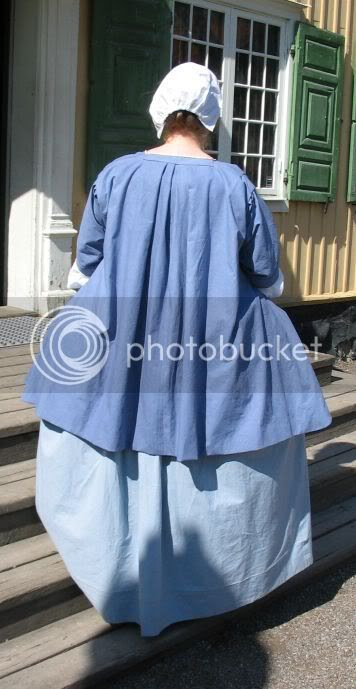 However, the battante was worn over panniers, not pocket hoops and can you imagine, I happen to have a pannier that I haven’t had anything to wear over. Made it a couple of years back in red linen, and it really should be aired, don’t you think? 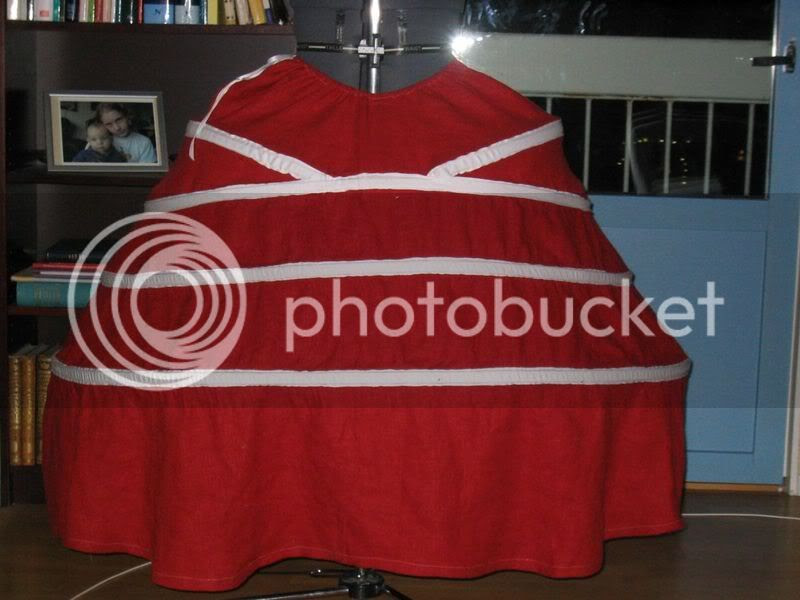 But back to the pattern question. Having already tried one pattern, I guess it’s only natural to want to try the other. So I’m using the patterns in Waugh as a template. I don’t feel any need to make an actual pattern, as its so many straight or angled lines and I use a ruler to draw the pattern directly at the fabric. I have a basic 18th century bodice pattern that I use as a guide for the armhole as well as a basic sleeve. I’m using a fabric that’s been laying around in my stash for several years. 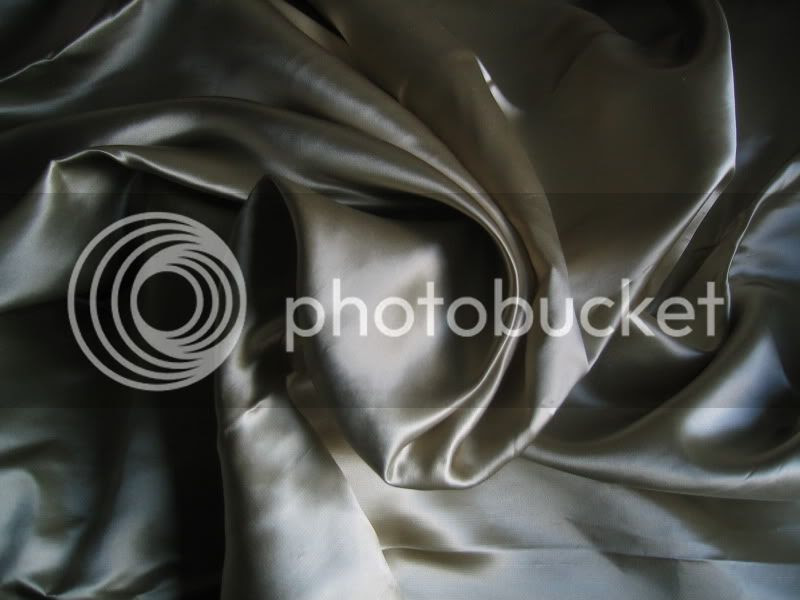 It’s greenish gold silk sateen. I must confess that I would have loved to make a striped battante, but with this fabric already being around and being gorgeous, it isn’t too much of a sacrifice to use.
Posted by Isis at 15:20

Yay to the paniers! I haven't worn paniers yet but I think I could get used to the feeling of approaching like a battleship in full speed very quickly! :D Love it! Best of luck with the robe, I think the fabric looks yummy.

Oh yes - the panniers really do deserve an airing! I love that they're red too: it's a bit like wearing brightly coloured underwear - no one else sees it, but you've got a spring in your step because you know you're wearing something bright and fun and secret!

That fabric looks gorgeous - it's going to be so elegant all made up.

Madame Berg. I haven't either! Most of my clothes tend to be late 18th century, so I haven't had any chance.

gentlewomanthief: I had bright red stays with white details, so they matched. :-D Only I have worn out those, but never got a chance to wear the paniers...

I hope it will!