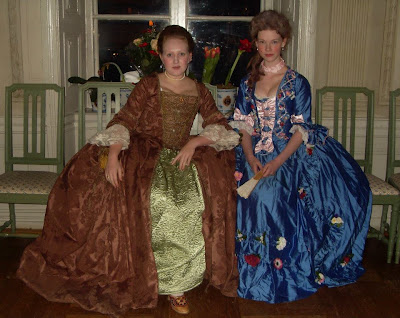 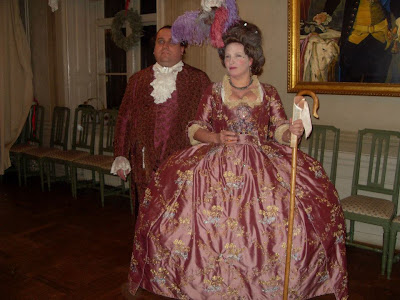 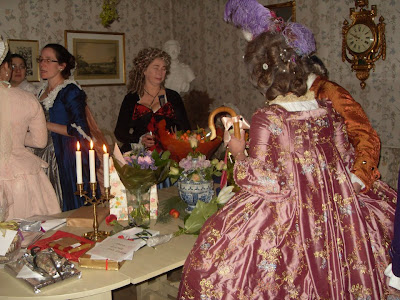 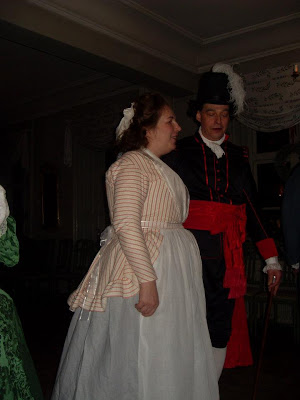 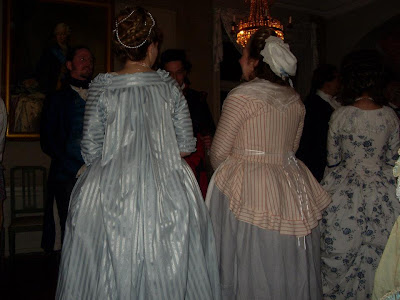 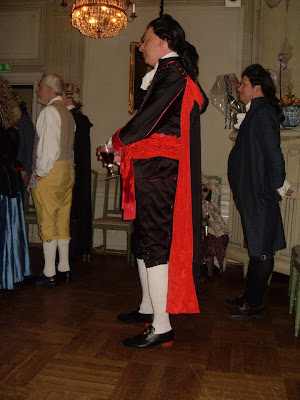 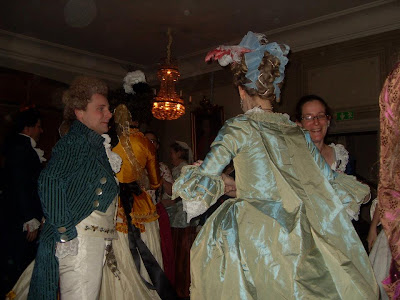 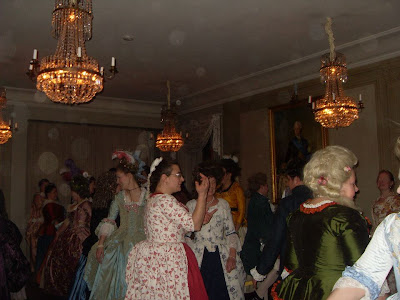 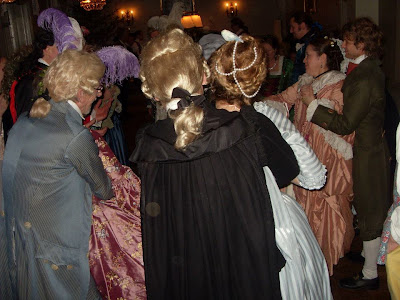 A friend of mine had her 50th birthday bash yesterday, and an 18th century one to booth. So yesterday I was a bit too busy hunting out my clothes, ironing them and doing some neccesary repairs to blog. I had great fun and really wish I had brought a camera. I hope I can borrow some pictures from friends, because there were some truly beautiful clothes to be seen. Especially a French gown that I think is the most beautifully executed 18th century gown I have ever seen- and I have seen some outstanding examples.

But here are a few links to this weeks most inetresting blog entries.

The Lingerie Addict debunks a few myths about corsets.
Wearing History gives us a nice resource overview of fashion history studies.
Tuppence Ha'penny is havinga a colour theory week. Several great posts about an interesting subject.
An introduction to hairstyles in 1912 from American Duchess.
A stunning 18th century hair as weall as a Frencg gown at An Historical Lady. 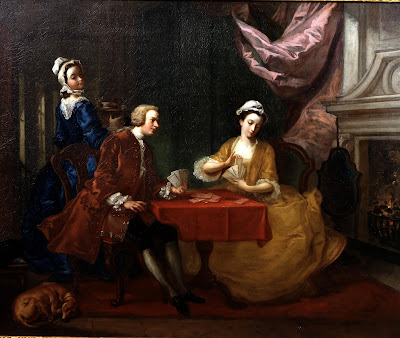 Last year I did a weekly blogaround that was quite popular, but then I was ill for two months and lost steam and stopped. Now I’m starting it out again. There are so many great posts out there and so easy to miss the good ones. And as it makes very happy whenever someone point at my blogs, I hope to make some other people happy in return.
Tea with the Vintage Baroness does a wonderful recap of her vintage year. Her 1930’s wardrobe simply marvelous.
Another great 30’s blog, This Old Life, shares how she made her aviatrix coat.
And to keep up with the vintage theme, Diary of a Mantua Maker do sew other things than just 18th century.
Lots of teens fashion can be seen at My Happy Sewing Place.
Rowenna asks if if re-enactors really are mean (no, we are not) and makes some interesting points.

And to bang my own drum a little, perhaps some of you would enjoy this little overview on the fashion silhouettes from the Edwardians to the 1950’s.
Posted by Isis at 16:11 2 comments:

I finished my 17th century shift a while ago and here are, finally, some pictures. Unfortunately there are very few 17th century rooms in our flat, so the settings isn't quite right. I used a pattern in Janet Arnold's Patterns of Fashion 4, a smock that supposedly have belonged to Charles II's queen Catherine of Braganza, or some of her ladies-in-waiting. The original is lavishly decorated with lace, but I made mine plain. I wanted to use this particular pattern as it has an oblong neckline that fits well with a 17th century gown with an off-the-shoulder neckline. It also have rectangular inserts cartridge-pleated There is a more eloquent post about the pattern here. to the sides instead of the usual triangular ones, which I wanted to try just for the fun of it.

How to do a Georgian do

Locks of Elegance is a great little blog that solely gives tutorial on a variety of historical hairstyles. The girl behind it has very long hair herself, but you can use the instruction on wigs or with the help of fake hair. The most recent post gives a very clear instructions on a classic Georgian hairstyle.