What I have been up to

I haven’t updated here for a year and a half. The truth is I got rather burnt out on writing. I’ve been
blogging about my sewing since 2014, starting on LJ and eventually also here, so I guess it’s quite
natural to grow tired. There has also been a shift in the blogging culture. When I started you could
count on interesting discussions in the comments, while you now rarely get any comments at all.
There are far more blogs to follow, and everyone has a finite amount of time reading them. And a lot
of discussions has moved to FB, for good and bad. I’m not better than anyone else- I rarely find time
for reading blogs anymore. But it still isn’t all that fun writing for the crickets. I’ve been debating with
myself what to do with my blogs. Close them, delete them, or continue writing. I have three, after all.
When I started I wrote so much it was easy to fill them all with content.

I still haven’t decided what to do with the other blogs, though I think I’m going to merge them with
this blog, and only post here in the future. As for this one, I’ve come to the conclusion it’s a practical
way to keep track on research on my sewing projects. Nevermind if those posts get comments, or not;
it’s still an easy way for me to check up on myself.

And I have been sewing. Since my last update I have finished, but not photographed; a 1910’s corset,
and one from the very first years of the 20th century. I’ve also made a Victorian chemise and trousers
set. And I also;

Made a late 18th-century apron for a common woman. It was a fashion to make aprons for festive
occasions of printed cotton. This one is a reproduction fabric from Duran Textiles, dated to 1745. 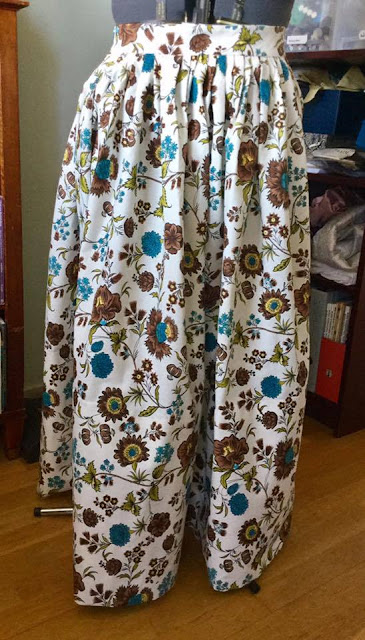 Cut off the too short skirt on a late 18th century round gown and made it into a jacket instead. 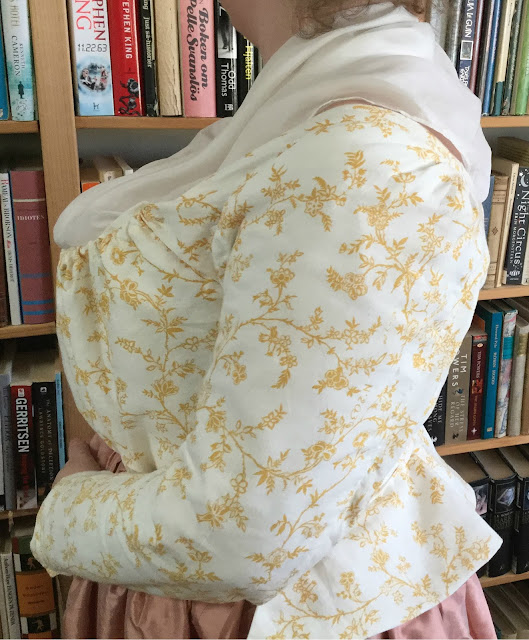 Added fake goldwork and a stomacher to my sleeved stays, and also re-made the petticoat. Then I
went to a ball at Versailles wearing it and had a lot of fun with my friends. 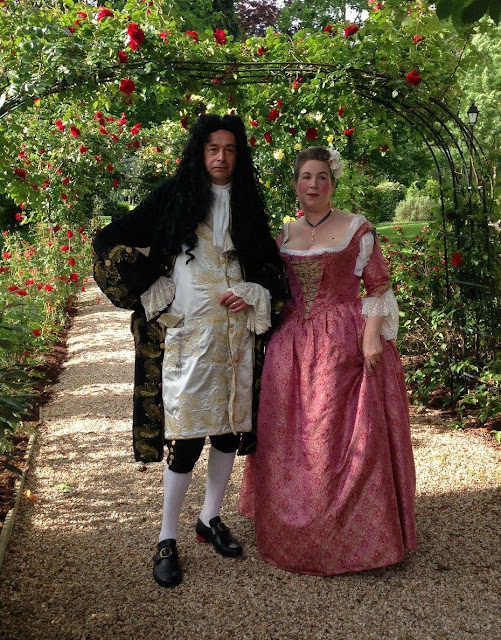 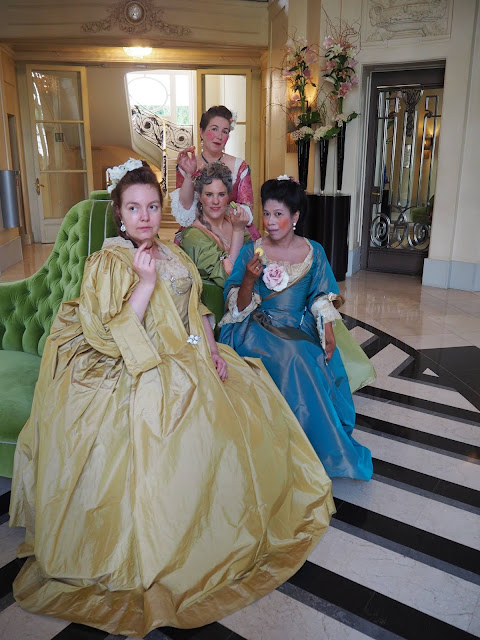 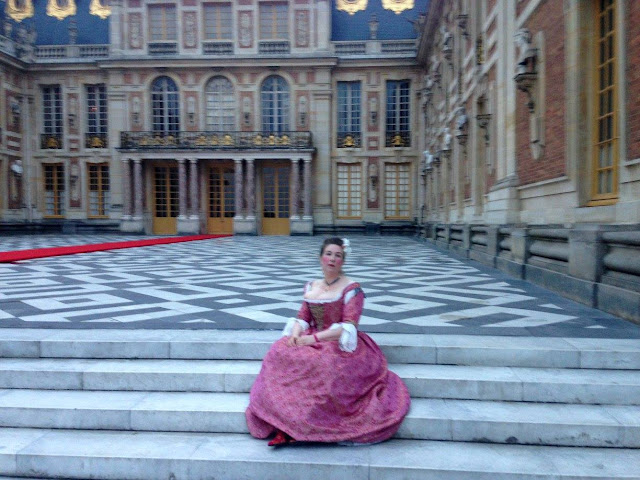 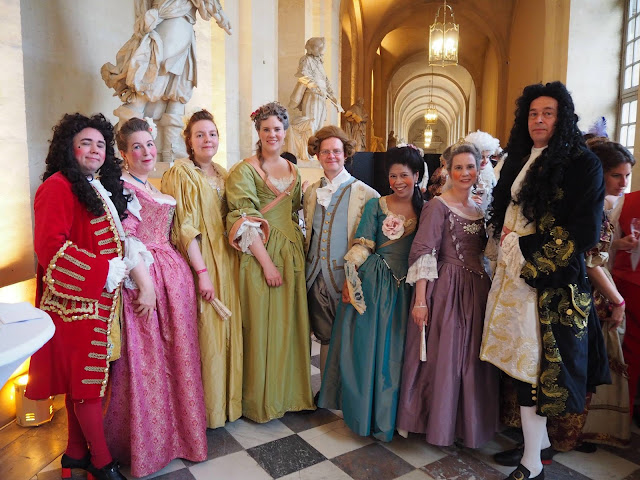 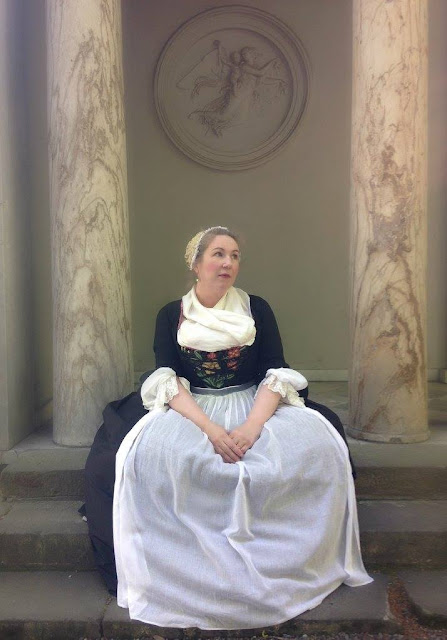 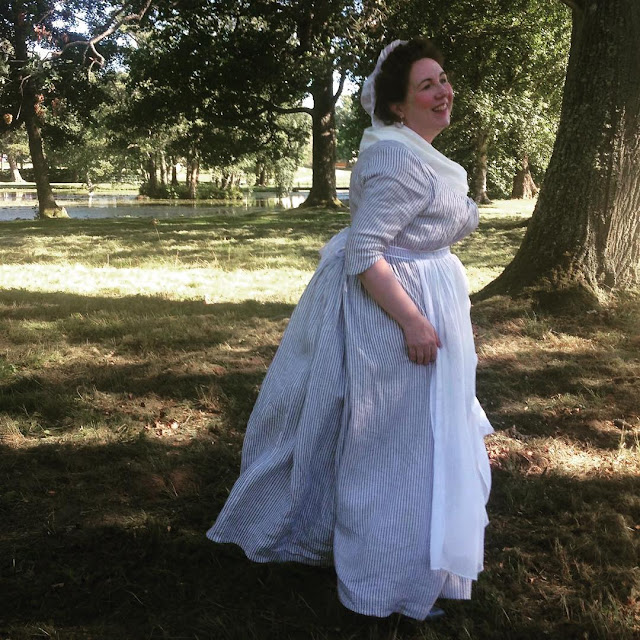 I made a mid-17th-century jacket in maroon wool and teal silk ribbons. I need to make re-make the
cuffs, though. 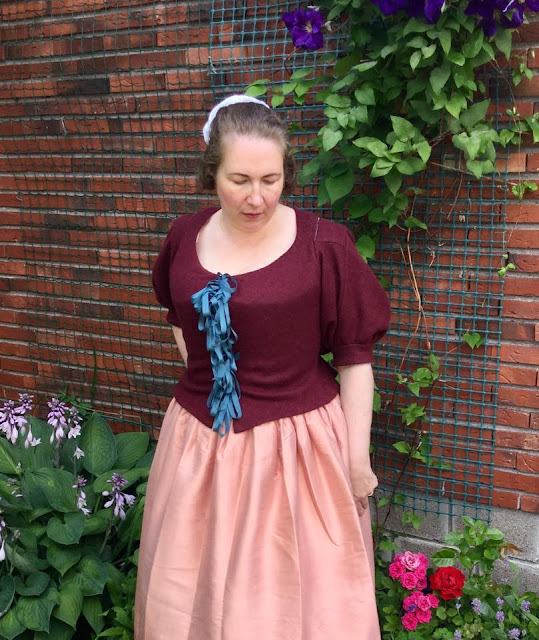 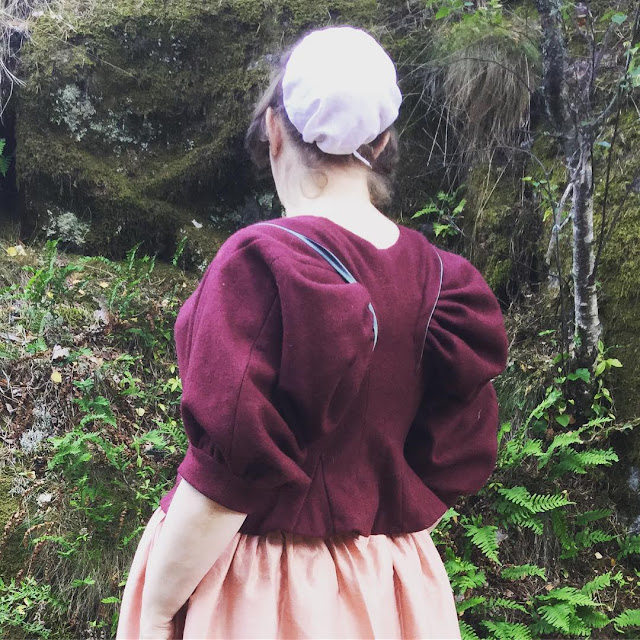 I finally made the early mantua I’ve talked about for so many years, out of a roll of Japanese kimono
silk. Wore it an amazing 1680's ball at Castle Salsta. 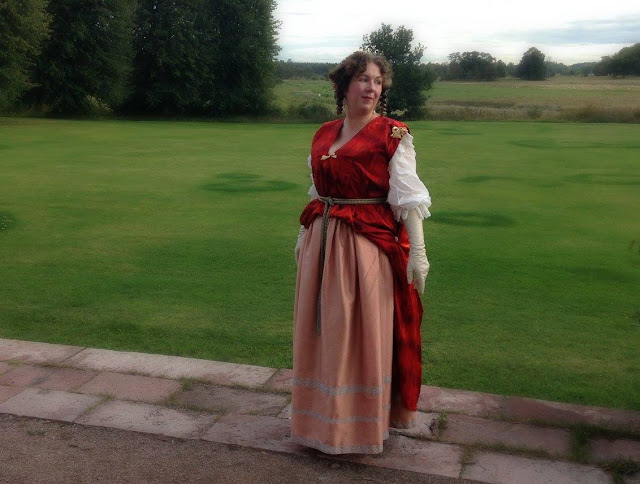 I realised I would never finish those Regency stays I started ten years ago, so I changed them slightly
into a late 19th-century reform corset. 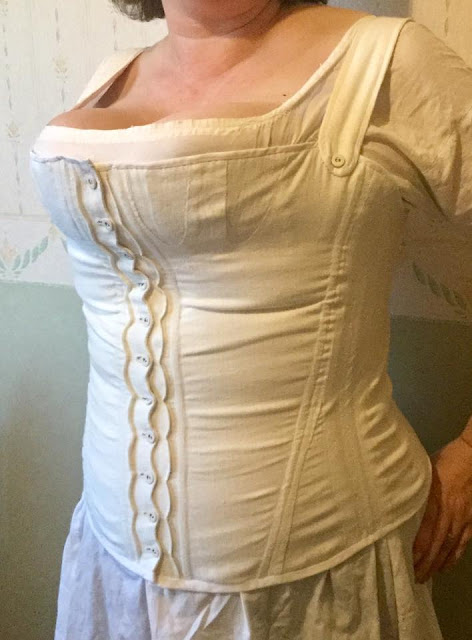 Went as Flora to a masked ball in Bath, using the sleeved stays, without sleeves as a base, adding a
bunch of fake flowers. 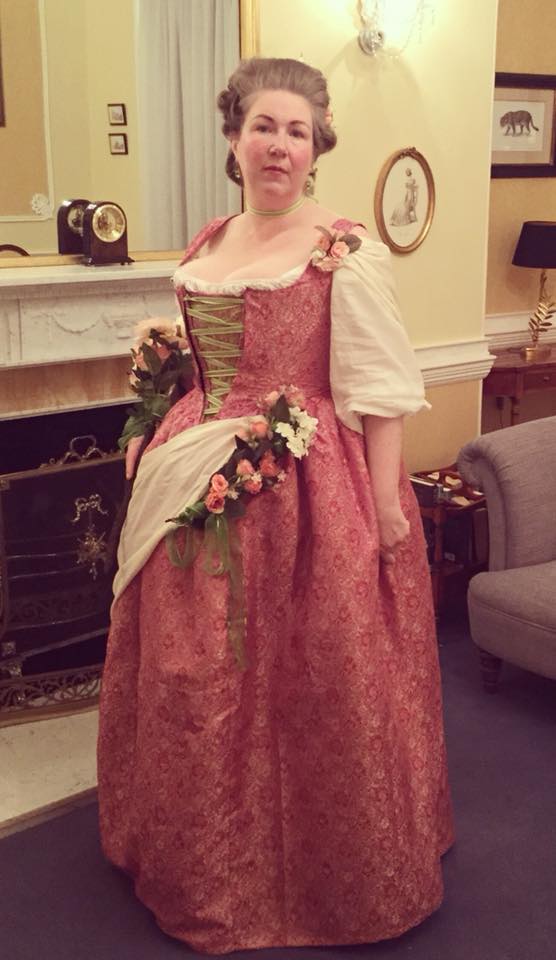 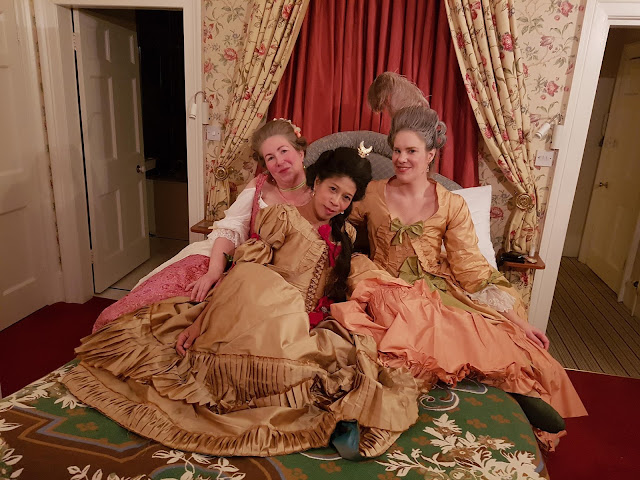 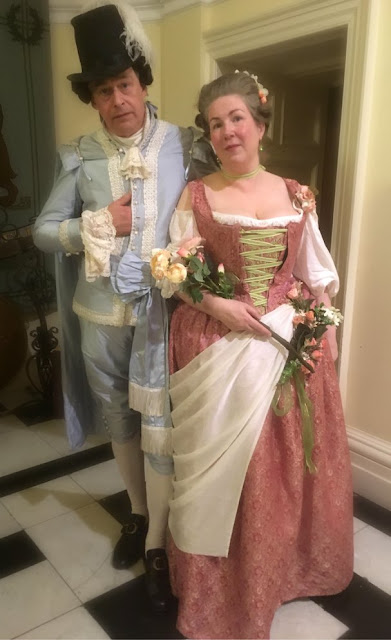 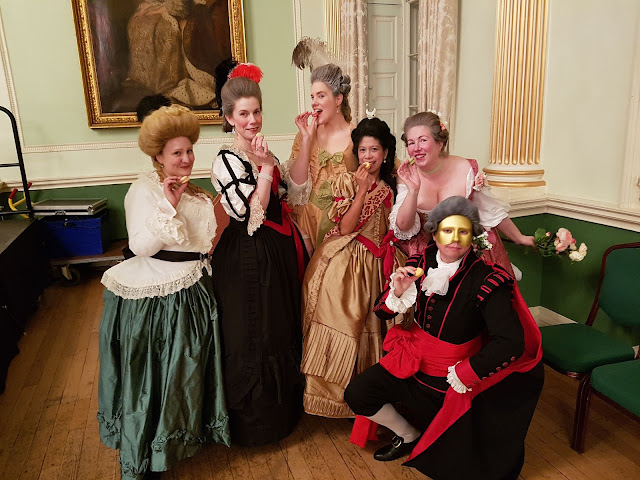 And this summer I’m going to a Victorian weekend at sea on the island of Gotland. I’ve never done a
nything 19th century before, and it isn’t my favourite period. But a friend of mine talked it over and
came to the conclusion we really love the Pre-raphaelites and the Arts and Crafts Movement. So I’m
currently working on an artistic late 19th-century wardrobe. And, of course, a bathing suit.
Posted by Isis at 15:42 2 comments: