The Robe Volante in art and reality

In Sweden there is an idiom that says “A loved child has many names”. If that is true, then the Robe Volante was very dear, as it also were called Robe Battante, Adrienne, contouche, innocente, flying dress and, in a shorter version, casaque. It became popular in the 1720’s and remained fashionable for some 20 years. Like the mantua it had deep pleats in the front and the back, but on the mantua those pleats were held close to the body, first with a sash and then the pleats were sewn down. In the Volante these pleats were hanging freely, giving the gown a loose bell-shape, something that was underlined as it was worn with something else that became fashionable in the 1720’s, the hoop skirt, or panier. It was originally bell shaped, but got wider and flatter, in the 1730’s, to reach its widest points in the 1740’s.

The Volante very quickly morphed into the Robe Française where the front of the gown became fitted. The Volante and Française co-existed and it is sometimes difficult to say it an extant gown is an unusually fitted Volante or an unusually loose Française. There were also variations within the Volante's. The first ones had loosely pleated backs, the stacked double box pleats was something that developed in the 1730’s. 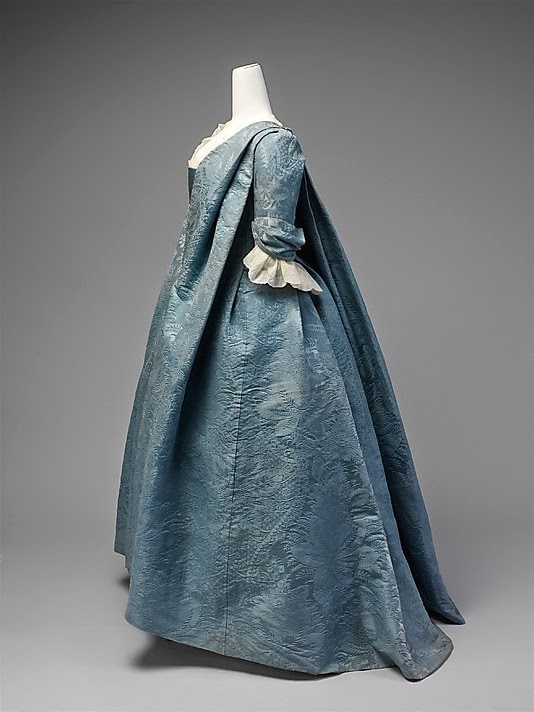 This Volante is open to the waist and very similar to this one. Others were closed all the way. The neckline always seem to be V-shaped. Despite being so loose, stays were generally worn underneath, though probably not laced very hard. It may sound odd to wear stays, but not if one comsider that this is what a woman wore for breast support in the 18th century and she might not (I wouldn't because that would actually be more uncomfortable than wearing stays) want to let it all hang freely. 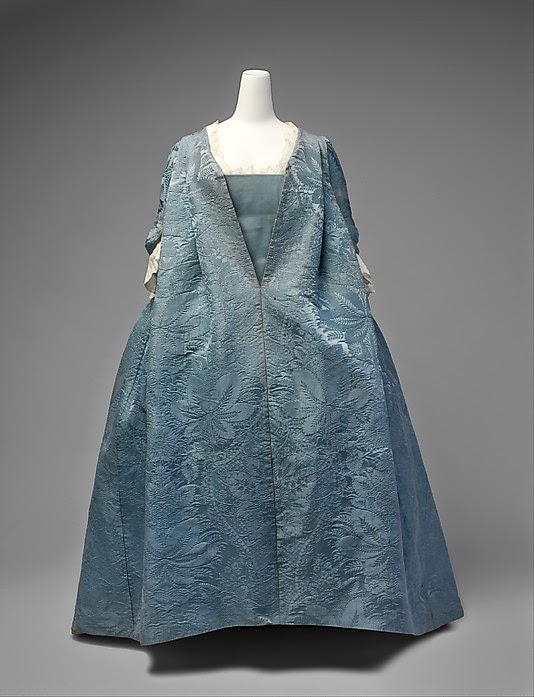 The backpleats looks to be quite loose here and the sleeves looks pleated, another old-fashioned look that some extant mantuas also have.﻿
﻿
This gown also have decorative buttons down the front, though I'm unsure if they are also functional. They can be seen on paintings from the period as well. 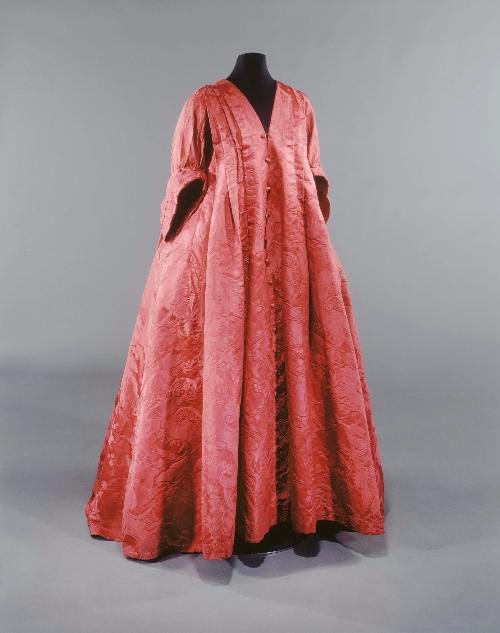 
Here is a version with decorative frogs and a somewhat peculiar frill around teh neck. The stays do seem to be very loose.


A Robe Volante worn completely open.﻿﻿﻿
And getting in and out of it.


With more distinct pleating in the back. 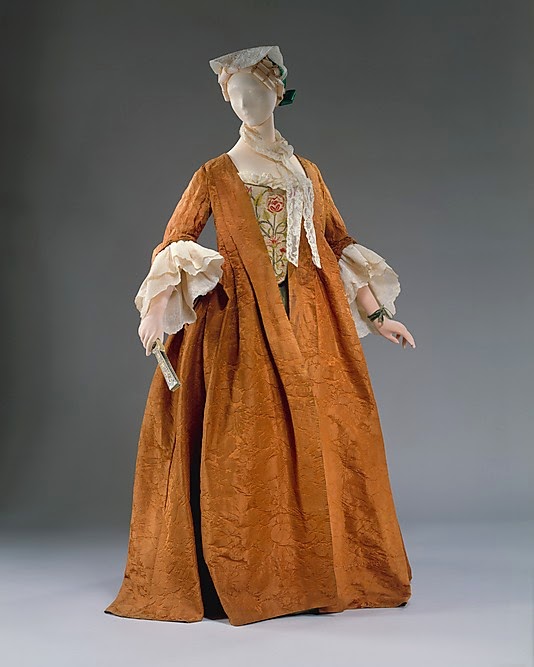 A painting were both versions a worn, both the Volante and the Francaise.


There was, as I have already mentioned, a shorter version, the casaque.
﻿
﻿

It's possible that they were just shortened volantes which had been worn, but there are two beautiful embroidered casaques which clearly have been made shorter by purpose. 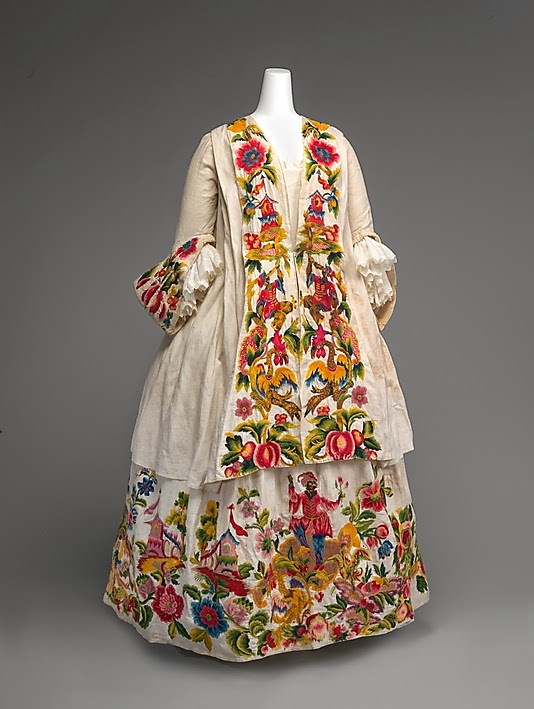 The loose fit of the Volante must have made it ideal to use as a coat as you could have worn several layers underneath. The lady enjoying a day on the ice, must have done so to stand the cold.

It must also have been very comfortable for travels. There have been some debate over these paintings online, but I think they are meant to be showing travelling clothes. Masques were not only worn for masqueardes, but for travels as well, to protect the face from sun and dust.
﻿
A very similar portrait, I guess one of them is a copy of the other.


Two gowns balancing the fine line between Volante and Francaise

An assortment of paintings showing of different versions of the Volante.

﻿
Follow the link underneath for a high res version.
﻿

Thank you for showing off a neglected garment. They look fluffy and oh-so-comfortable.

The wearers' neat, small coiffuress and tiny slippers are such a contrast to the billowing skirts. It's rather a nice look, actually.

Ah, for some of those fabrics to make a return to popularity. The colors, the patterns!

Natalie: I love the look with all this fabric. I plan to make one, actually and I will probably look huge, but I want one anyway. :)