A skirt and two petticoats

Skirt in very crisp silk taffeta. Made of straight pieces. Front and back looks the same, The skirt is slightly gathered to the waistband, and then there are three pleats on each side. Unfortunately I didn't managed to take any good pics. I think it may be from around 1910. Like the other skirt it has a very tiny waists, around 50 cm. 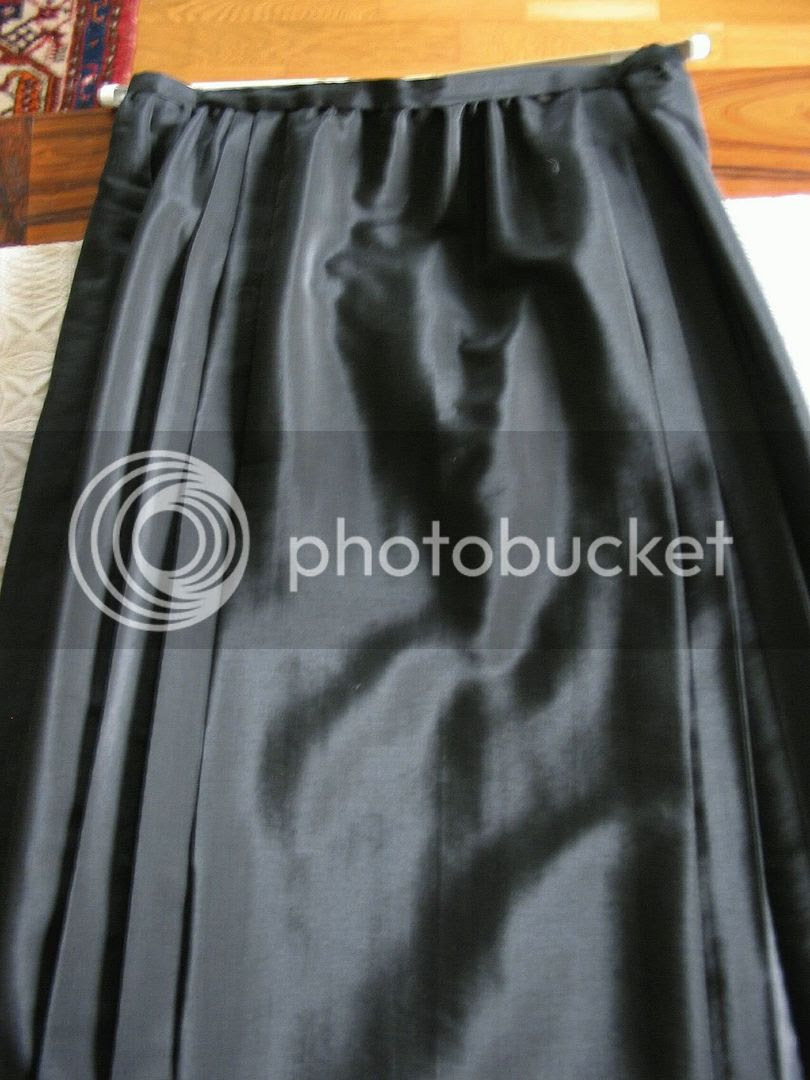 A petticoat made of four pieces. Two slightly gored front pieces, and two curved back pieces. Though it's in silk taffeta, it's not as well made as the other clothes. The ruffle is not finsihed, and very uneven, though that can be because it has been worn a lot. The pocket at the hem is not finsihed either. My guess is 189's.

Front is where my son holds it. Lots of fabric in the back. 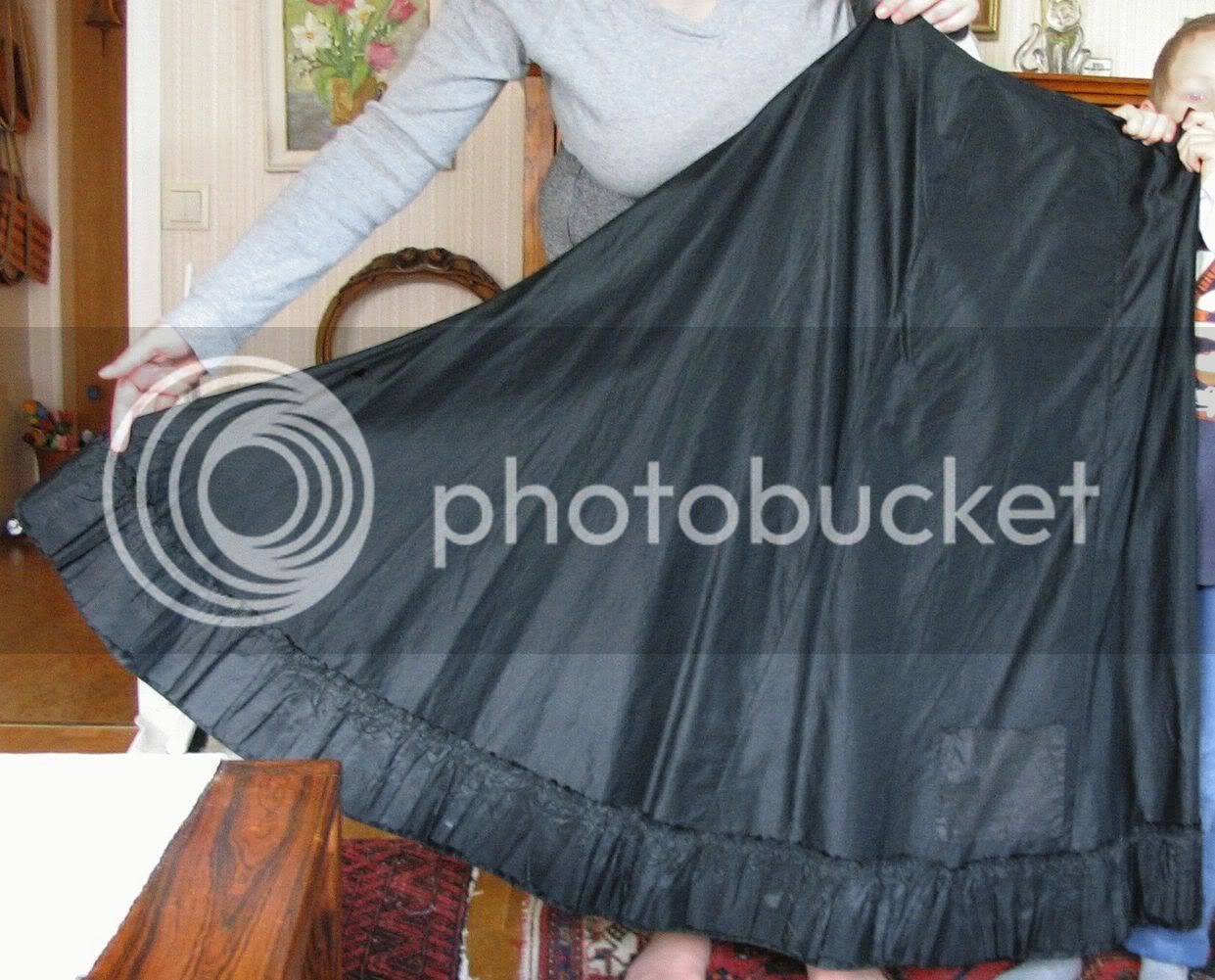 Detail of pocket and hem. 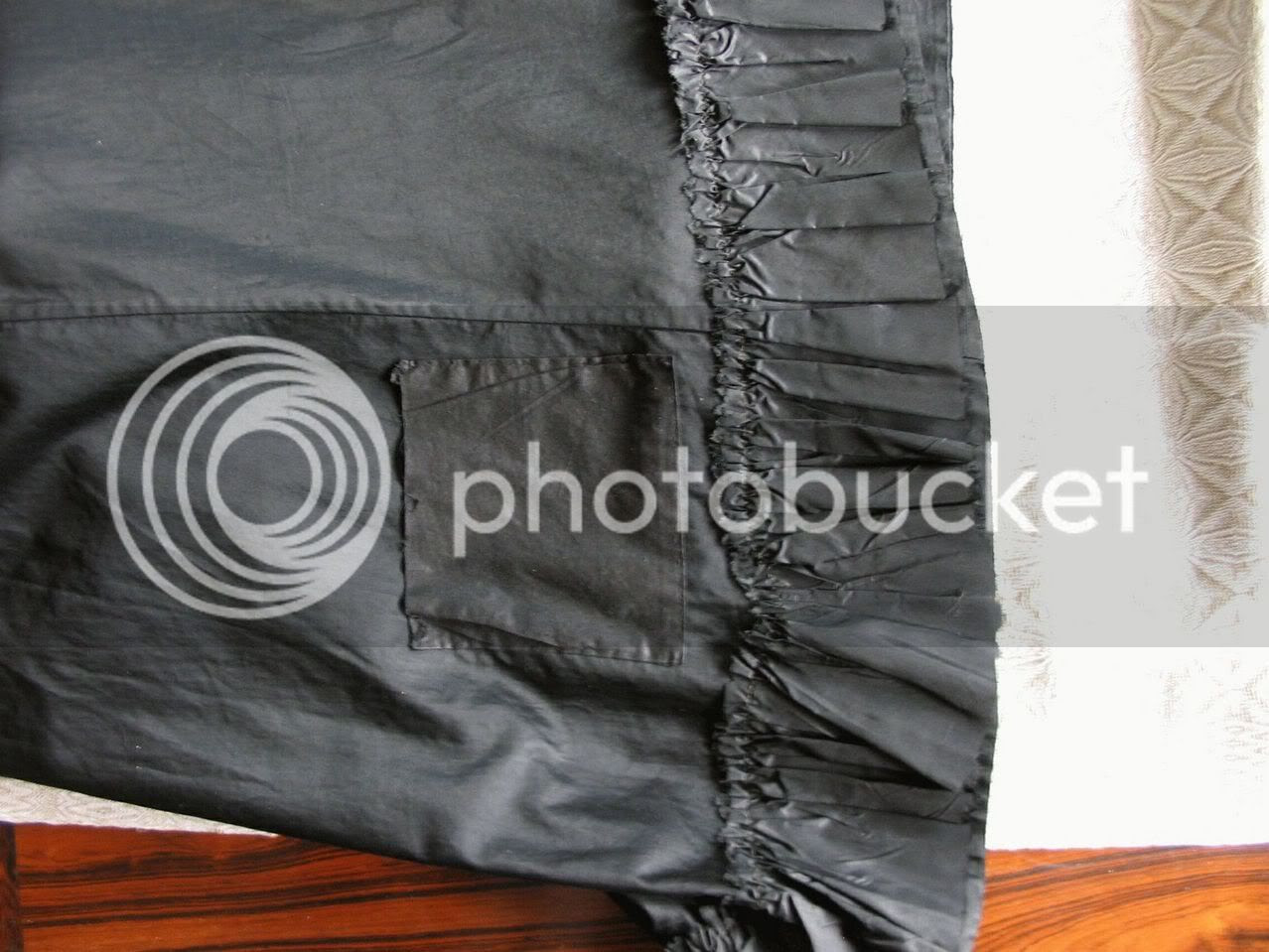 Detail of inside hem. 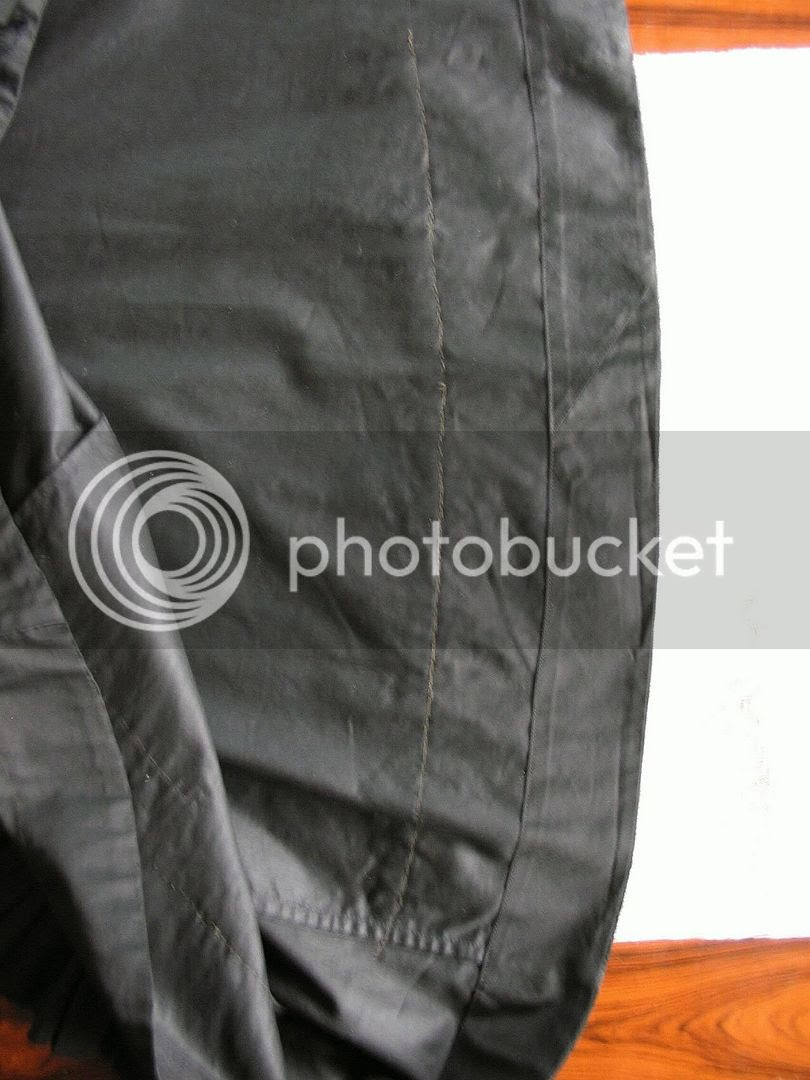 A petticoat made of straight pieces, that has been very carefully gathered at the waist. I don't know what kind of fabric it's made off. It's quite sturdy. Early 1900's is my guess.

It has a beautful pocket, 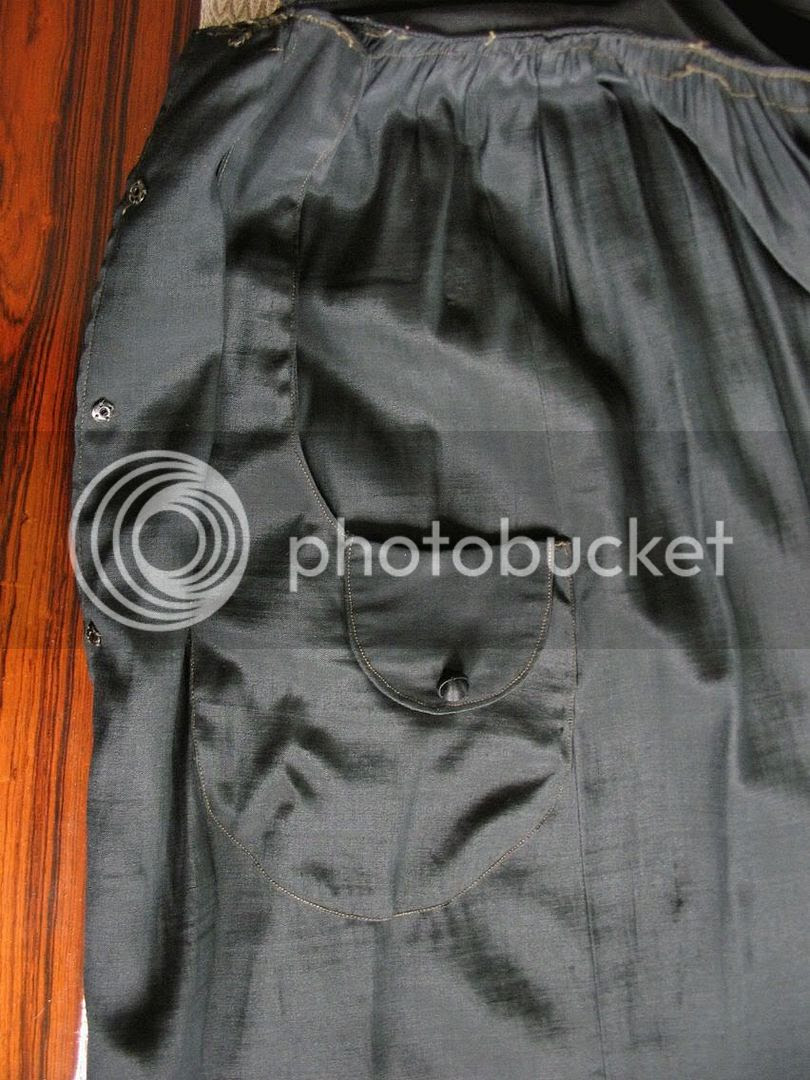 The waist is constructed a bit oddly. I should have taken more pics, but I'll try to explain. The gathers are held in place with two gathering threads, as you can see on the pic. On the inside a tape is sewn to it, ca 5 cm wide. Then the waist band is only sewn to the petticoat with a few stitches. It seems that when it was worn, it must have looked more like a belt, than a waist band. 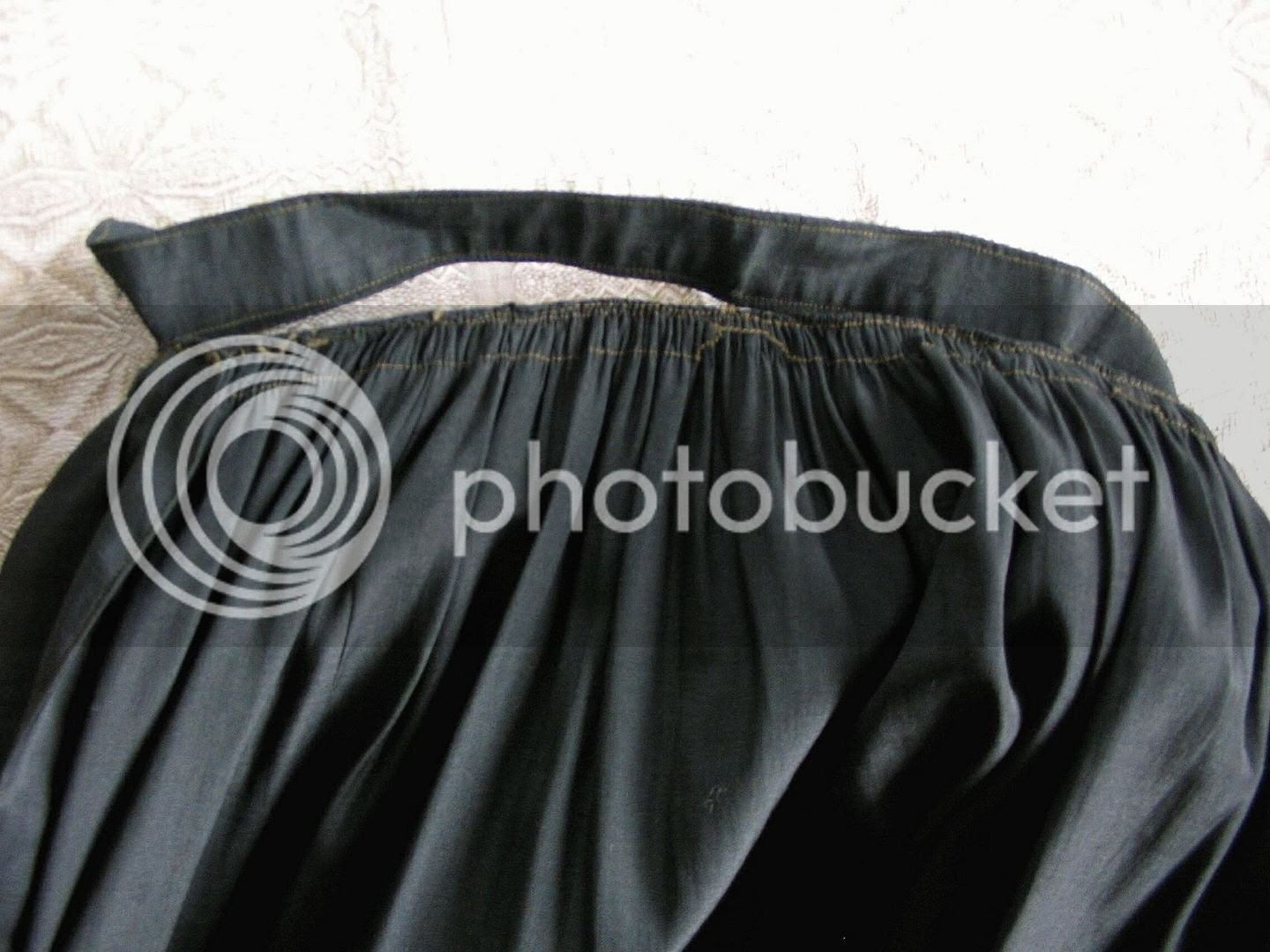 Actually, I'm not at all sure anymore why I think the last one is a petticoat and not a skirt. I haven't looked carefully on these clothes since I took the photos and that's six years ago. Time to check them out again, I think.
Posted by Isis at 11:44

The details are so beautiful! It is a bit hard to see them with the photos so big and the bits of the blog running over them though :-(

I noticed that myself. I have changed teh layout so hopefully you can see them better now.