On my dress dummy, which make sit look very ill-fitting. It looks much better on me. 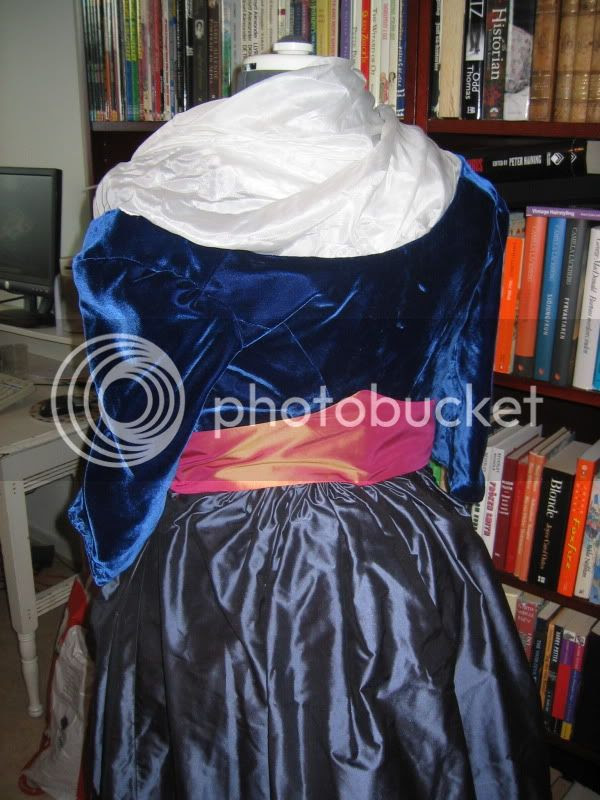 The petticoat is sewn in the same way as the skirt on the 1797’s gown. Unpleated in the front, pleated at the sides and a long section cartridgepleated at the small of the back. It has a short train. It’s worn over a small bustle-pad, and the peplum on the jacket helps with holding out the petticoat as well... The sash has boning at the centre back so the point won’t fold down.

Lovely! But I really want to see it on you, because I know it will look so much more amazing!

Gorgeous colours - I second our favourite Dreamstress! And break a leg in your performance!

Thank you, both of you! I just hope the jacket hasn't shrunk over the holidays...

Just beautiful. I agree the the other ladies. We need to see you in it :-) Have a wonderful time.