The ball was great fun; I enjoyed every bit of it, apart from those moments in the play where I forgot my lines. I knew I was supposed to say something, but had not idea of what. But evidently no one noticed but us on the scene. And I’m really very pleased with my outfit! 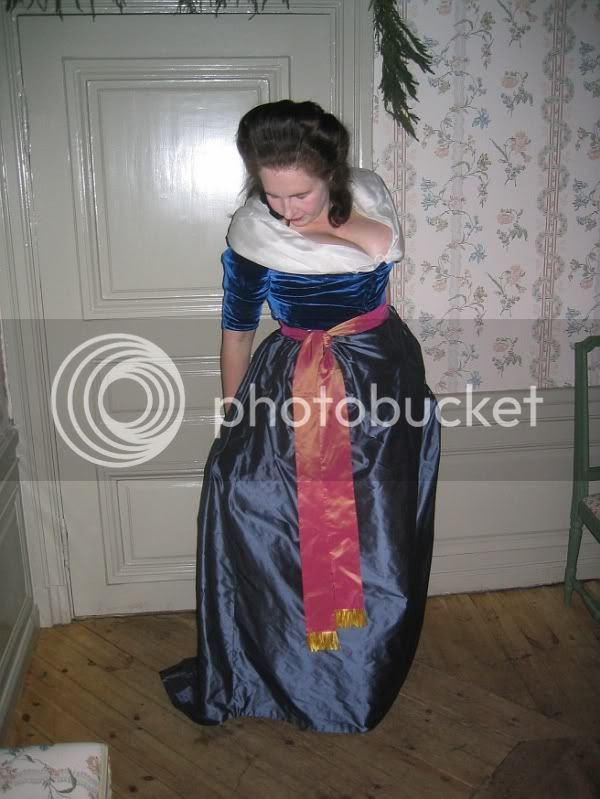 I plain forgot to put the tassels on the bag, but I liked it very much anyway. 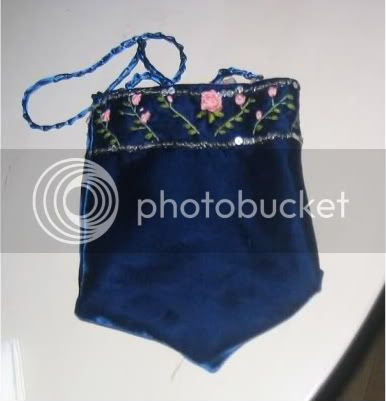 It was a masked ball, and there were some rather awesome costumes. I’m very annoyed that I missed Anna, who evidently had been abducted from a seraglio and brought to cold Sweden. I did have a masque, but I removed it when we did the play, and then it never went on again. 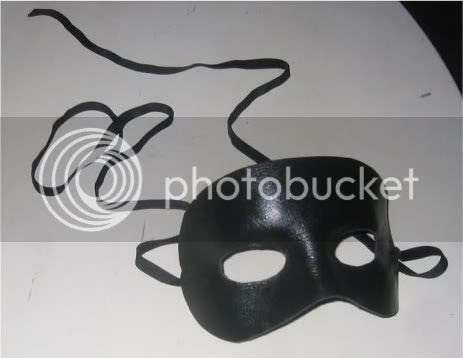 Annali took her profession back in time and went as an 18th century shoemaker.

Madeleine as a lovely maid. 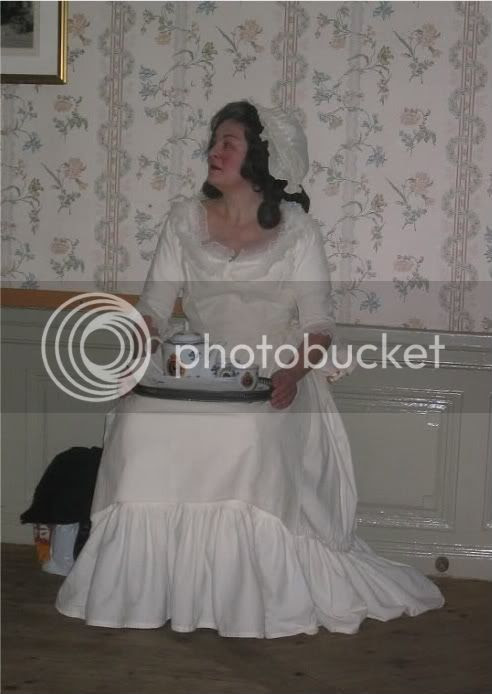 The glorious sun, embodied by Carina. 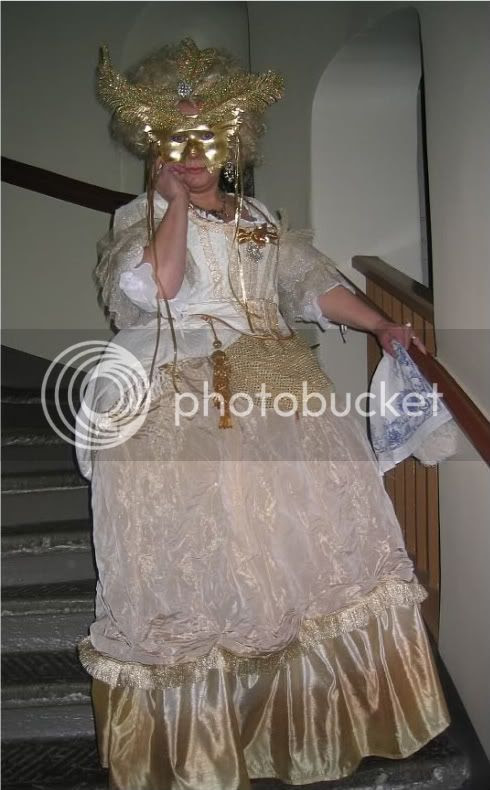 Captain Lejon with his parrot, Polly Sture. The bird had evidently much in common with the one in Monty Python and kept trying to fall off. 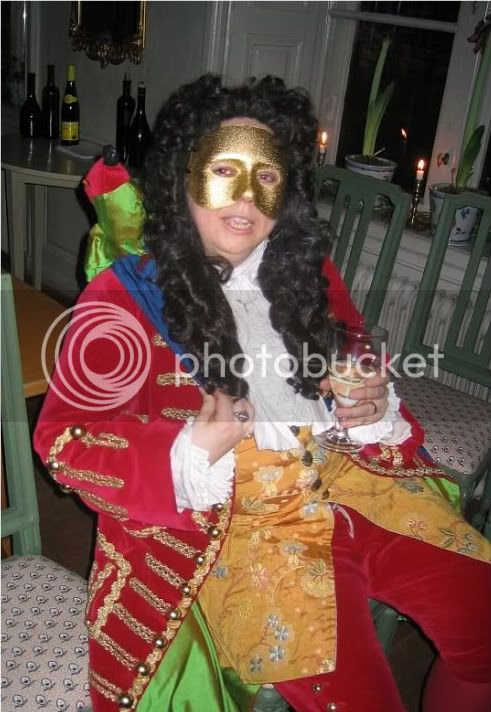 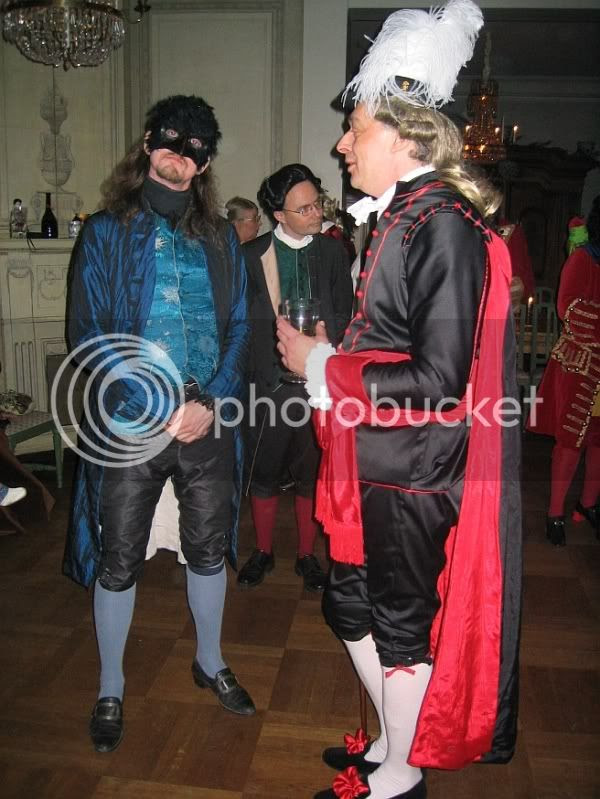 Lithia Black in the stairways. We took our coffee there, to the annoyance of those who wanted to use it for its actual purpose. For some odd reasons more people went downstairs than up, and we sat there for some time… 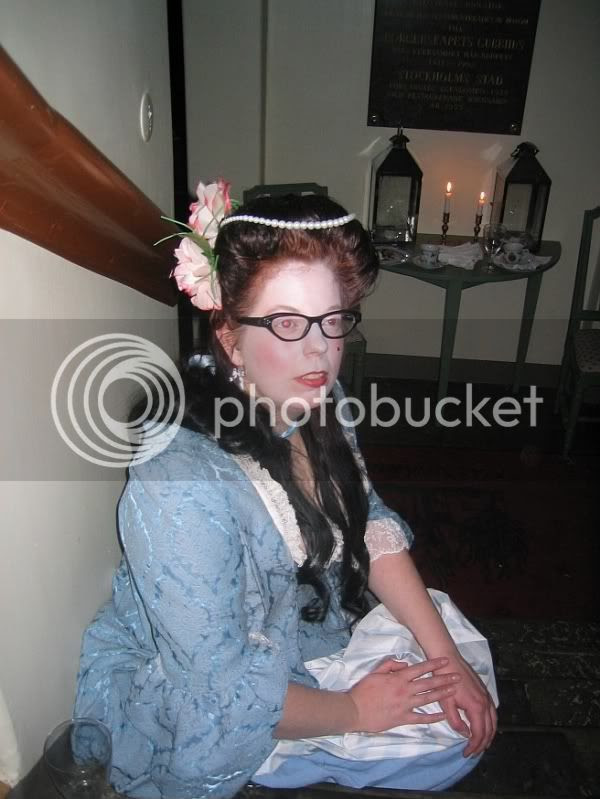 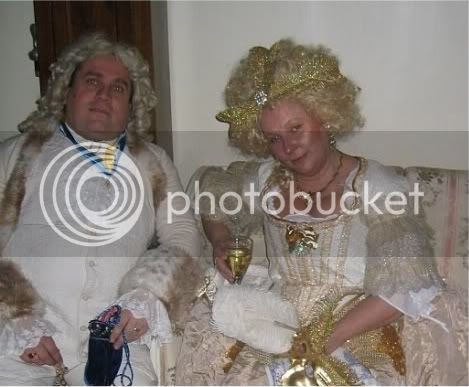 This is a very bad pic, but I wanted to show it anyway, as it’s another version of Gustaf III’s national gown. This version was worn at the castle Ekolsund and as you can see it’s a riding habit, and not a gown. 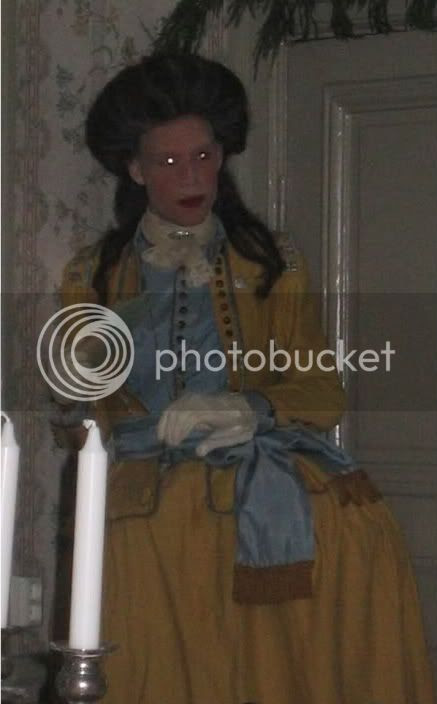 You can also see that it borrows some elements from the men’s suit: 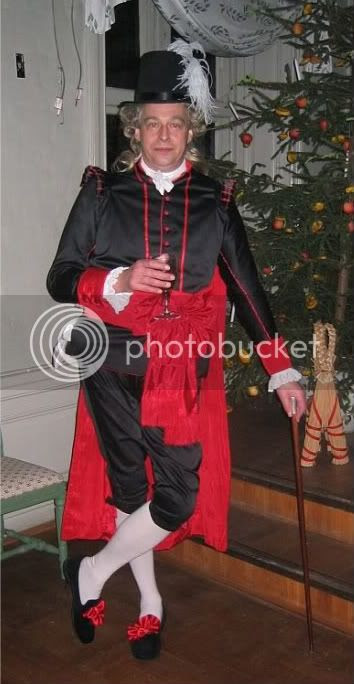 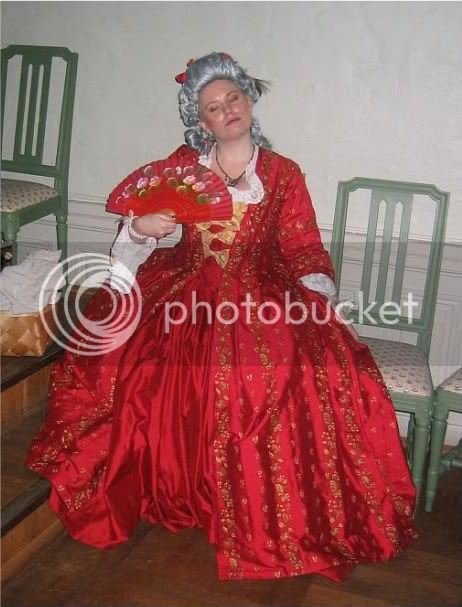 Looking lovely by the Christmas tree. 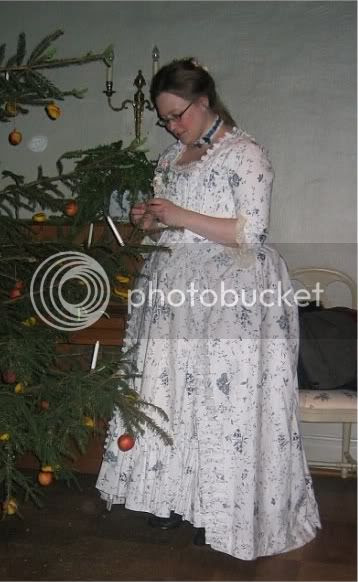 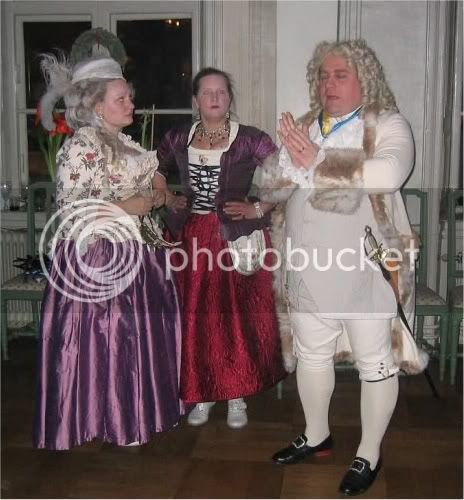 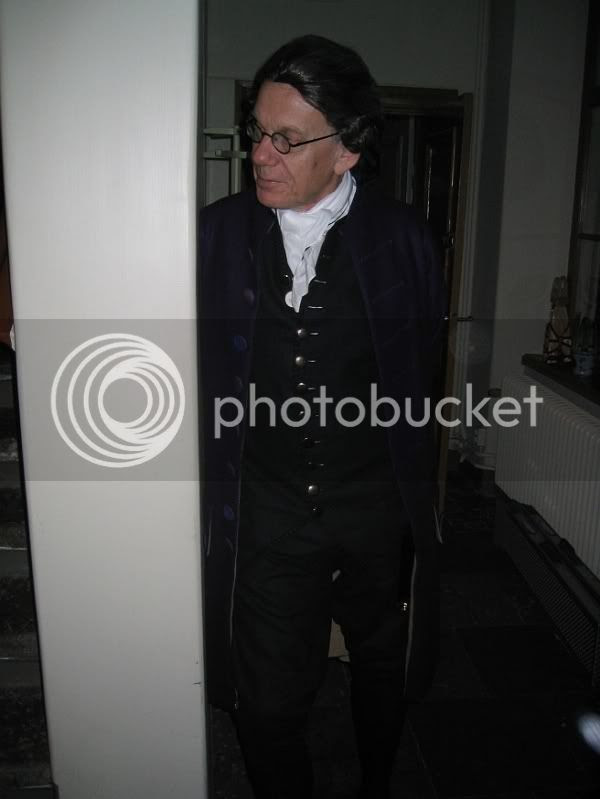 So exciting! There are so many gorgeous outfits there! It looks like it must have been a great night!

Thank you! Yes, I think that the standard of clothes are quite good in our society. It was a lot of fun!

How wonderful you all look and what a wonderful time you had (I hereby name your new, gorgeous costume "Blue Feelings". I love blue...)!

Me? Oh, you know, I much preferred to stay at home, worshipping the porcelain god for two days. Yes, I really do pick the best times to get awfully sick :( I even managed to make a new little jacket to wear, but it will have its début at some other time...

Madame Berg; you DO pick your pleasures! Poor darling, I hope you feel better now! I missed you.

Thank you. I do love blue and tend to buy blue fabric if I don't check myself...

I love your new dress. It's gorgeous. What type of stays are you wearing? I'm glad you had a wonderful time.

Oh, your outfit suits you very well indeed! You look lovely. Looks like a great evening and plenty of good costumes!

Lauren; Thank you! I'm wearing stays that's probably closest to the 1770-1780's, but I'm very highwaisted, so I don't really feel a need to do a very late pair as well. The sash is placed at my natural waist. Come to think of it, that is probably why the late 18thc suits me better. Trying to get an earlier longer torso just makes me look dumpy.

gentlewomanthief; Thank you! I had lots of fun!