My son, the zombie

My son decided to go as a zombie at an early Halloween-party today. For some od reason he is stubborn, knows exactly what he wants and can verbalize it too. Can’t imagine whom he got that from… So even if I was, graciously, allowed to do the make-up, it was after his strict directives. White, green and blood. And if anyone wonders, he became a zombie after a bicycle accident. Or so I was told, anyway. He did became a rather adorable zombie, though: 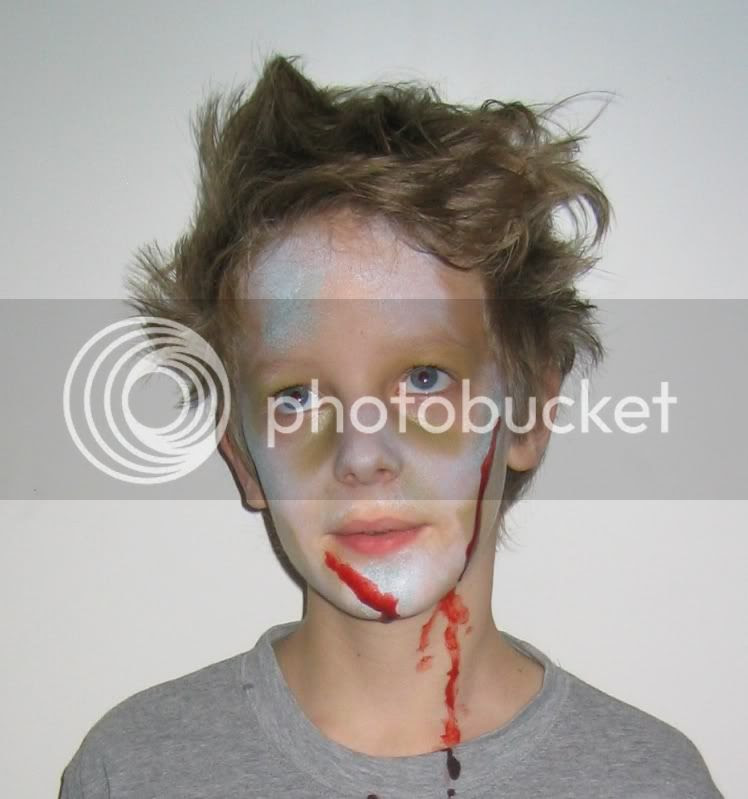 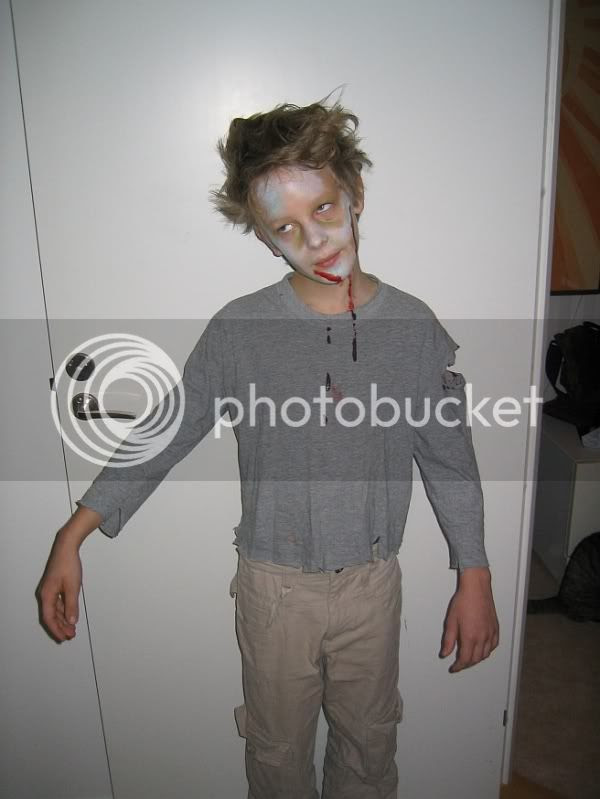 Email ThisBlogThis!Share to TwitterShare to FacebookShare to Pinterest
Labels: halloween

Your son is too cool (and adorable)! :D You must give him P&P&Zombies when he gets a little older (I've heard it's been translated to Swedish...)

Yeah, I'm sure he was the cutest zombie around. :-D