What a Swedish rural bride wore at her wedding, Midsummer 1795

Nordiska museet in Stockholm has an almost complete wedding outfit worn by a young woman at her wedding in 1795 in Tunge socken, Ale härad, Västergötland. It is a good example of what rural women wore in Sweden in the 18th century, though the material were finer than for everday clothes. As you can see the sleeveless bodice, so abhorred in reenactment circles, is perfectly fine and period correct if you happen to be Swedish.

A lot of the wool fabric used for the clothes are very fine camlet, manufactured in England and therefore expensive and often used for wedding clothes.

This striped wool bodice has an unusual feature, the lacing is hidden by a stomacher. It's dated to 1780-1795, but it is known to have belonged to Annika Andersdotter and as it is unlikely that such an exclusive fabric had been used by a young girl, this bodice probably was part of the wedding outfit as well. That would make an outift with two jackets and two (if you don't count the underbodice) bodices, but at was not uncommon for the bride to change clothes during the festivities as a mark of her changed maritial status. 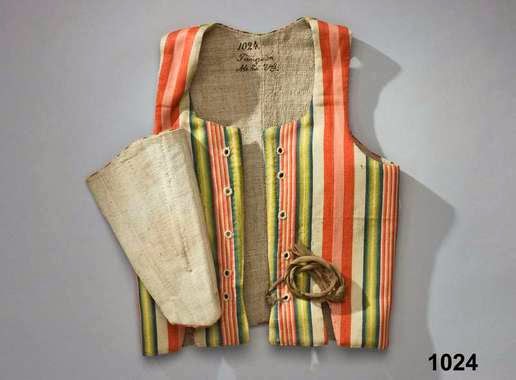 Underbodice worn by Annika Andersdotter at her wedding in 1795. No descroption of material, but linen seems likely. It also have boningchannels.


Bodice in red wool with 16 bones in reed, lined with linen. The boning channels and decorative stitching is made in white linen thread. 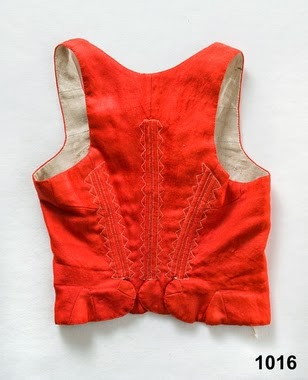 Red jacket in a wool blend with the warp in blue wool and the weft in red worsted yarn. It is laced in front with a stomacher to hide the lacing and with several boning channels with reed both at the front and the stomacher. The remains of decorative pink silk ribbons can be seen. 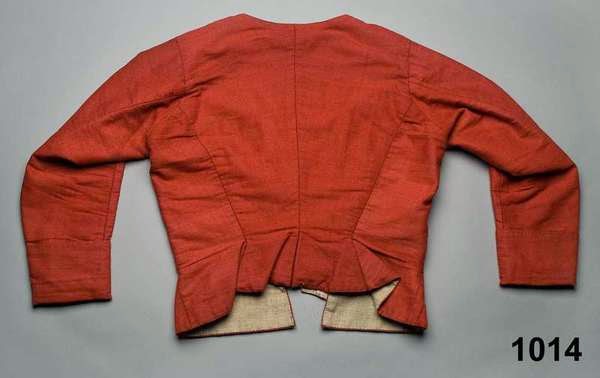 Jacket in black wool camlet of a similar cut. remains of black silk ribbons were probably used to decorate the stomacher. 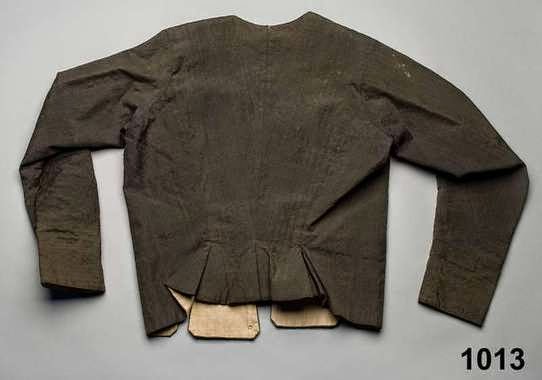 Petticoat in greyblack camlet wool. Pleated at the back. Waistband and the top of the petticoat is lined with blue and white checkered linen. 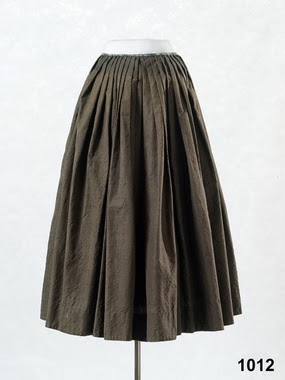 Apron in very sheer cotton, linon, woven with lappet weaving. The hem is 5 cm wide and at the top it is pleated to 40 cm to a 6 cm wide band in linon with another pattern in the weave. Both sides end with selvage. The fabric is probably imported from Scotland and is a very early example of this kind of weave in cotton instead of linen. Very exclusive, Annika must have come from a fairly wealthy family


There are another item in the trosseau, but it seems that Digitalt museum has no picture of it. It is quite likely that it is some kind of bonnet, or possibly shoes. The grooms outfit has preserved as well, but there are no pictures of his clothes either.

What a delightful outfit. I wish I could see it complete for a better example of how it looked. I imagine on a person or mannequin, it would be wonderful.

Amanda! I wish that as well!

Dear Isis,
We don't often get to see rural clothing from Europe, and how local fashions mixed with multinational fashion movements. These are handsome and comfortable clothes, and would look really good on.

Natalie: They are very pretty, arn't they? And they are actually quite close to some modern national costumes in Sweden. I'm looking for 18th century pictures of rural clothes in Sweden, so hopefullt there will be a post about it eventually. :)