All my sewing projects have been on hold for the past couple of weeks as I have had another bout of bronchitis coupled with a tummy bug. I really, really don't recommend that! I'm basically well now, but still weak and tired and it says something that I haven't even done the tiniest amount of sewing whatsoever. And as I still don't feel up to do anything big, I have decided to make an 18th century cap. Small, needed and quite fast. Perfect.

Actually, I need more than one, a small one that goes for the earlier 18th century and a big one for the later decades. However, I will make a small one now. I have had my eyes on a style that seems to have been popular 1740-1770, or so, where the ruffle is standing out like a halo around the face and is often called wired caps. After looking at ever cap of that kind I realized that even if they have the halo effect, there are several styles to this kind of cap. It is never easy, is it? I strongly suspect that caps were never ever a set style, but rather something you made up as you went, borrowing style elements from where it pleased you. Of course, geography and current fashion trend are influences that lay heavy on you.

A basic cap has a rather simple construction, there is the crown and the band at the very minimum and very often a ruffle. Some also have lace lappets that hang down the back. Extant examples show that the whole cap could be made of linen or lace, or a combination of materials. As crown, band and ruffle could have a variety of shapes, which must have been a very easy way to obtain different looks. For some useful information and free patterns, see links at the end of the post.

I'm uncertain if all caps that stand out from the face are wired. Some may very well be just heavily starched. The first picture at the post and the ones just below here, are clearly wired. At first I thought that the lace was pleated, but thought that may be the case on some, I also think that it is mounted on a wire framework. It looks like pleating at the first glance, but the lace pattern would be broken if there were pleats. 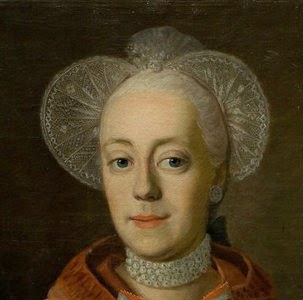 Detail from a Swedish portrait

This cap looks like it is pleated, on the other hand. You can also see what looks like wire running through the middle and top. 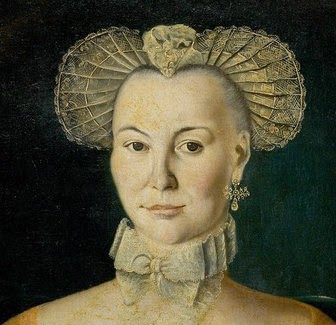 Detail from a portrait of Clara Rosenborg by Benjamin Branting Nilsson, 1768

In the company of a lot of fake pearls. 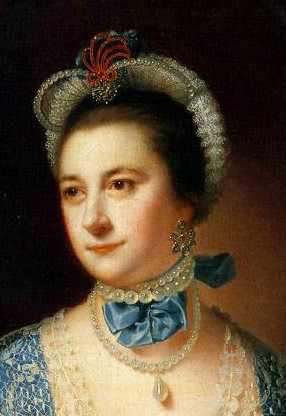 Detail from a portrait of Mrs. Andrew Lindington by Joseph Wright, 1761

Many caps have this little dip in front, which is probably a lot easier to maintain if the edge is wired than just starched and shaped.

This one doesn't look so stiff, so perhaps it is just heavily starched, but I also thik that it may be a wire encased inside the white ribbon. 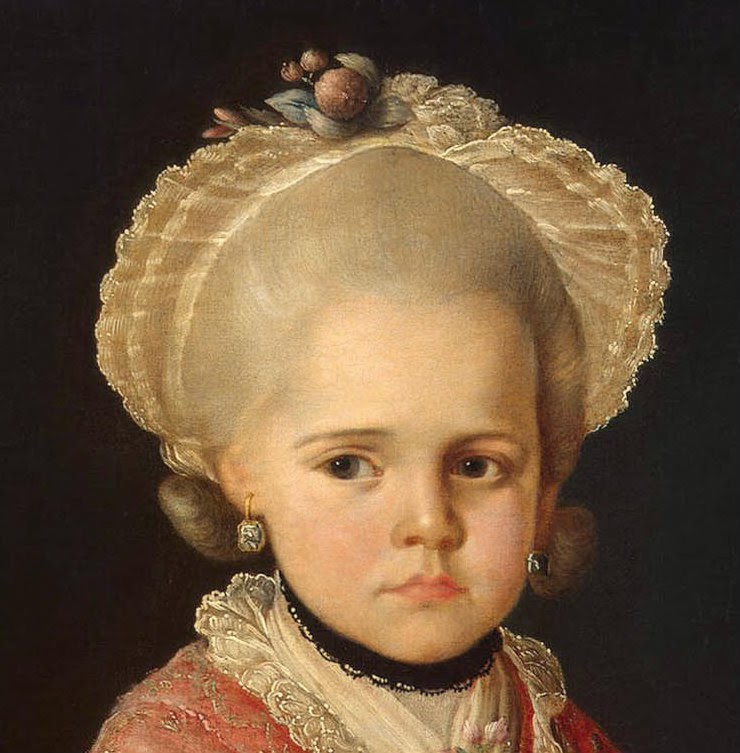 Detail from a portrait of a girl by Sergeev Matvey

Generally these caps seems to be made of lace and not plain linen. The front are sometimes cut into two separate halves, sometimes in one piece. The nes tied under the chin looks softer and may not be wired at all and they are more often pleated. I haven't decided if I'm going for a cap with a lace front or one on plain linen, but I will make it pleated and just reinforce it. Duran Textiles has several free cap patterns, so I will use one of them as a template.


Several links to extant caps collected by The 18th Century Notebook can be found here.


How to Make a Cap by Sue Felshin

I haven't found anyone who has made a wired cap, but here are a few other cap tutorials of interest:

A Frolic Through Time has made an adorable dormeuse cap, part 1 and part 2 and part 3.

A Fashionable Frolic's round eared cap.

Couture Maya has made several caps.

Art, Beauty and A Well-ordered Chaos has a step by step tutorial for making a cap.

These wired caps look very Elizabethan, don't they? The second one is not pleated on the outer edge, but the lace is gather/pleated in at the bottom to take up the fullness caused by the curve of the top edge on the wire. The pleated ones must have been sewn down so they sat flat. It's all quite intriguing, I think they are very pretty!

MrcC: Yes, i was struck by that as well. And yes, even the unpleated ones must have been shaped to accomodate for the curve of the crown. :)I think a heave starching could make the pleats lie flat even without sewing down- I plan to experiment with that, so we will see if it really works... And I agree, I find them very pretty as well!

Dear Isis,
Ooh! Wired caps. They are so, so pretty, so I cannot wait to see yours. Thank you for all the examples in portraits, too. Gives a wonderful sense of the style and the minute variations upon it.

Oh, and so glad you like the cap I made. What a project that was :}

Natalie: I hope it will will be. The cap is done now, but I need to apply the wire...

Your cap is so cute!

Yes, I have made a wired cap, and I am not anxious to make another. I will just use starch. (See the Arnold book on linens in the 17th c for incredible examples of what starch can do!)
That little divot at the widow's peak seems to stay for a few more years, and is created by a heavier ruffle just there. Must have been considered pretty, drawing attention to the eyes perhaps?

sherribrari: A widow's peak in teh hairline was conidered pretty, so why not in a cap. :) What do you mean by a heavier ruffle? More densely pleated or an insert of heavier linen?

You can see the extra thick bunch of cloth on many caps, right there. Yes, I can see it would be considered pretty! I can't figure out how you would make a heavier ruffle in one place than another; you can only gather cloth so much. It's not a heavier cloth, but a bunchier gather, or maybe there are two ruffles coming together right there. Do you know?