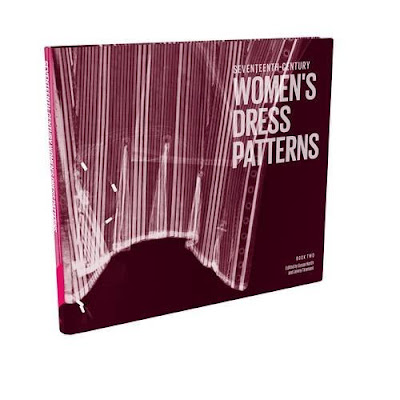 I have ordered silver thread and spangles so as soon as they arrive I’m going to do test embroidery for the 17th century jacket. I have also started to dream about this one: 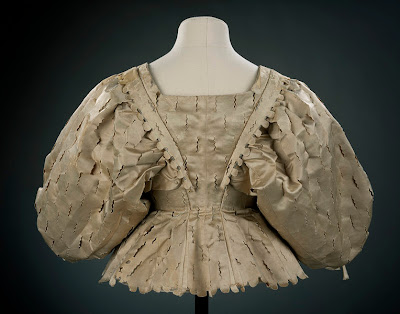 It is also analyzed in Seventeenth-Century Women’s Dress Patterns: Book One , it’s the one which is x-rayed on the front. It has an inter4esting construction with a boned under construction and I would love to try it out. The book features a portrait with a similar jacket but without the slashing and I would probably do it like that. I have found a lovely mulberry coloured taffeta that I think would look great. I need to sort out my various sewing projects first before I start anything new. But I can dream, can’t I?
Posted by Isis at 15:13

Wow, you are going to do that bodice? It is a beauty. Looking forward to following your experience with recreating it.

Comtesse Olympe: I hope so!

Natalie: Me too- I'm itching to begin! But first I have to make an 18th century Robe de Cour...

I don't 'do' facebook, but we have reenacted 17thc. for several years, even appearing in a documentary film about King Phillip's War. Sometime I hope to have an elegant 17thc. gown, and not just the 'day' wear of the pilgrims!
Great job, and great post~
http://anhistoricallady.blogspot.com

Oooh, we can be jacket twins! I have that on my 17th c to-do list too!