The 17th century hurluberlu hairstyle with a short tutorial

I started to write this post in September when I was about to go to an 1680 ball and I was doing research for the hairstyle called hurluberlu. It was a hairstyle which became fashionable in the 1670’s, and it was seen as a very new and daring style. But after looking at a number of paintings said to depict a hurluberlu, I wondered what it was. It’s often described as a wild array of curls around the face, but in one form or another, that had been fashionable since the 1620’s. But from what I can gather from my research is that the new thing with the hurluberlu was that it the hair was cut quite short.. Women in the 17th century wore their hair long. Even if the hair around the face could be cut to a shorter length to accommodate to fashion, the hair on the back of the hair was long and worn in a chignon. (An overview can be found here.)

The hurluberlu needed a shoulder-length hair cut in layers, not only in the front but in the back too. It
was then parted in the middle and curled. The curls were deliberately arranged to look disheveled,
and when the hairstyle was finished the curls should not reach more than a finger width below the
earlobes, all around the head. The exception was two long curls behind each ear or the temples
which could be shoulder-length, or even longer. To keep the curls they were stiffened with Gum
Arabic or egg whites. The hairstyle could be decorated with jewelry or ribbons. The hair made the
head look quite round, which also earned it the nickname “cabbage-style”. Some called the hairstyle
youthful, while other claimed it made women look like men.


At this point, my hair reached halfway shoulders and was cut in layers, so I thought it would be interesting to try to style it in the was of a hurluberlu. To curl it I used my standard curling method; standing pin curls. I parted my front hair in the middle and used a pencil to curl my hair around. And I made a lot of them; about 50. I prefer wet sets, so I slept on it. 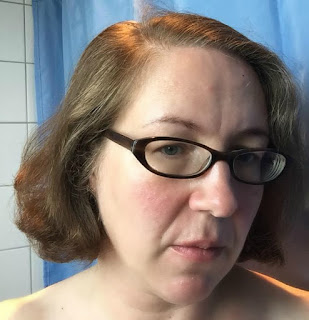 When dry I brushed it out. Oooops. 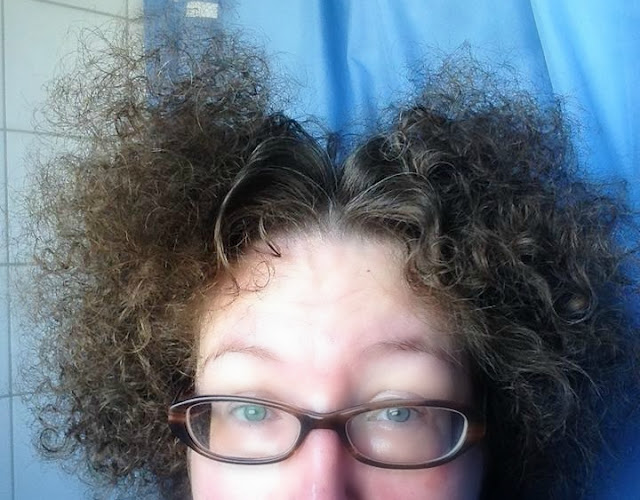 Very disheveled, but hardly the right look. I bruche it for a while longer, brushing down and in. I
backcombed the roots a little to keep the volume. I then rubbed hair pomade on my fingers and
started to make separate curls. I curled a strand of hair around a finger, starting halfway from the
roots. It took a little time to go over the whole head, but it wasn’t difficult.


I then pinned up some of the hairs on the back of my head to keep the style uniform in length. 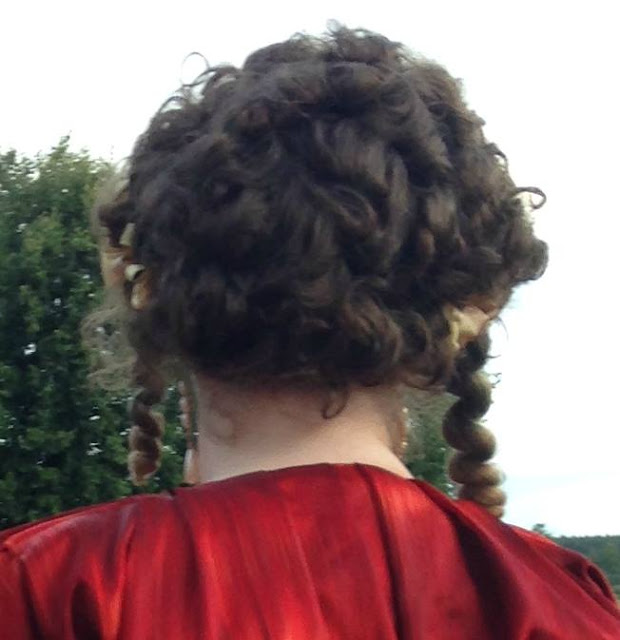 I pinned two long fake curls at my ears. And decorated it with loops made of silk ribbons. 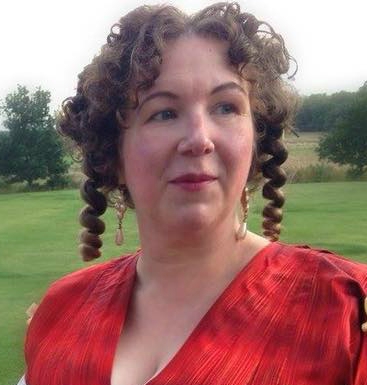 Overall I was pleased with it. It could have used a bit more oomph, and I’ll probably add some short
fake curls the next time. I also need a lot more ribbon loops for a more opulent look. 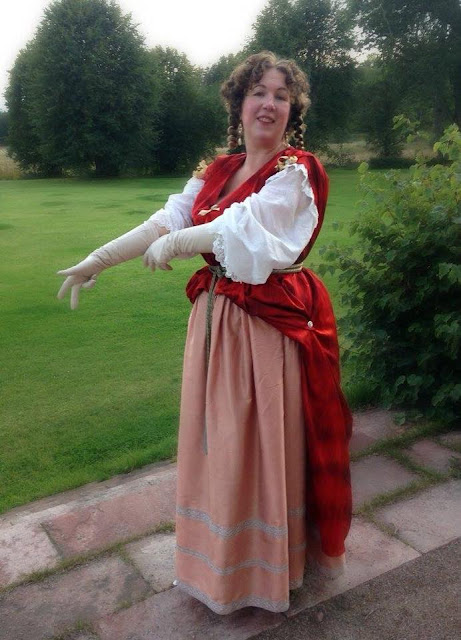 Challamel, Augustin: The History of Fashion in France: Or, The Dress of Women from the Gallo-Roman Period to the Present Time, 2013

Nice work! How did you figure out that the hurluburlu didn't incorporate a bun in the back?

I can't be 100% sure, but it was the combination of it being said to require shoulder length hair, that it was remarked as making girls looked like boys and the fact that it isn't that different from the front from other 17th century styles. And I'm pretty sure, though I can't locate the picture, that I've seen it from behind at it is small curls all around.