Summer plans; a Victorian weekend by the sea

You can see from the last posts I haven't’ been idle despite my lack of blogposts. I also have plans for
the future. For the fifth year in a row, there'll be a Victorian weekend at Villa Fridhem, a Victorian
boarding house outside Visby. It was built in 1860 for the Princess Eugénie´I have never been there,
but last year a couple of friends went, and had so much fun I felt it was time to go.


The main problem are the clothes. You need a lot; morning clothes, bathing suit, daywear and evening
wear. And I don’t have any 19th century clothes. In fact, apart from the 1830’s, the 19th century
largely leaves me cold. But there are a lot of fun 19th century things going on, and I don’t want to miss
out. The time span for the bathing weekend is 1870-1900, and after discussing wardrobe with my
friend Lithia, we found a solution. I may not be super interested in mainstream fashion, but I’m always
interested in alternative fashions, regarding time. And in the late 19th century we have the often
overlapping Reform Dress movement and the Artistic/Aesthetic Dress movement. So Lithia and I have
decided to go as two artistic ladies, and make our wardrobe accordingly. It’s not a style which is
recreated often; possibly because it's faux-medieval look easily makes them look like badly researched
Medieval clothes.

I’ve finished a reform corset and one set of chemise and drawers. For morning and daywear, I’m using
the Sense of Style pattern. I’m making an overgown in black tropical weight wool, with an undergown
in white cotton batiste. 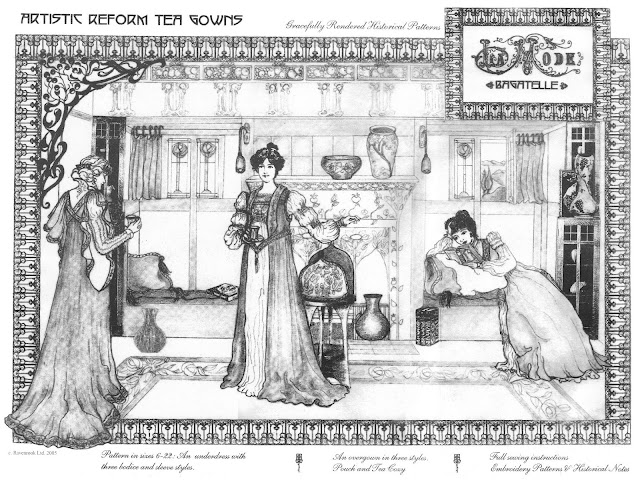 I’m going the white gown without the overgown for daywear. The inspiration comes from the
Skagen painters who often depicted their spouses in simple white gowns. 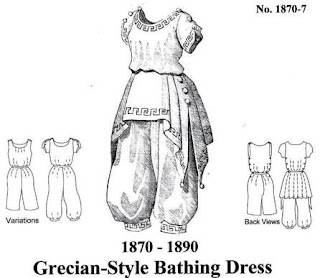 As for evening gown I fell in love with this portrait. I’m making it in green/blue shot taffeta, with
slightly different sleeves.

And I found these lovely Victorian belt buckle to wear with it! 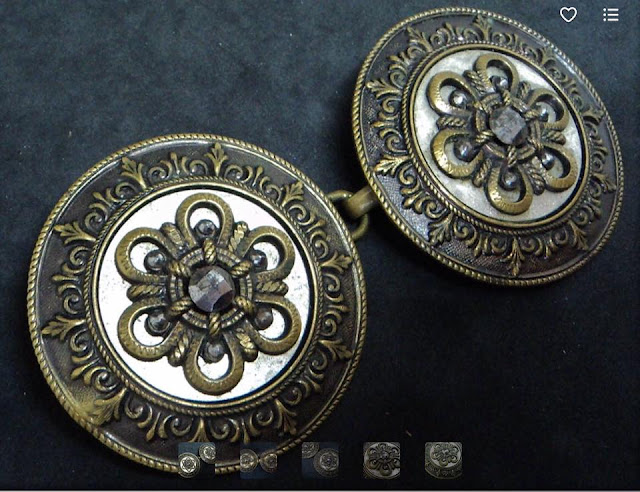 Even if I will be wearing the reform corset for daywear, I’ll wear a proper corset for this one.


I originally planned to make a bicycle suit too but felt it would be too stressful for now. Possible in the
future! Also, coming up is a 1520's gown.
Posted by Isis at 13:12