I visited Skokloster castle this summer and here is a few goodies from the vast portrait collection.

There is a rather romantic story concerning the marriage of Count Carl Gustaf Wrangel. One of the richest, noblest and most important men in Sweden met a young and beautiful, but also impoverished and orphaned German noblewoman, Anna Margareta von Haugwitz and marries her just out love. Big scandal, happy marriage and she must have been gorgeous if this portrait is anything to go by! 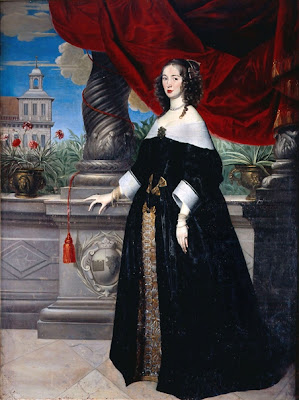 
Here she is a few years later, a bit more worn and very pregnant- she got 11 children. I would love to see what her gown look underneath the collar and apron! 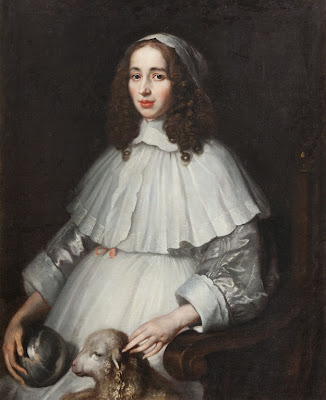 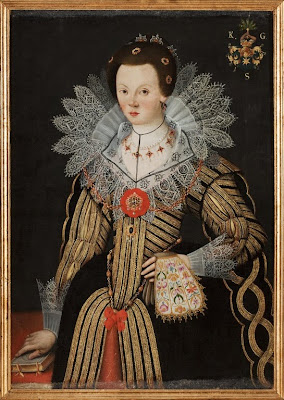 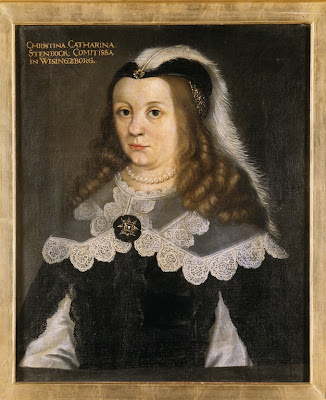 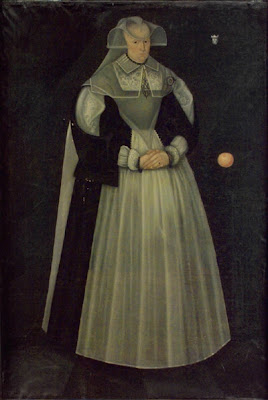 Her collar is beautiful!

Talk about breast on a platter! But I love the colour combination of white and grey! 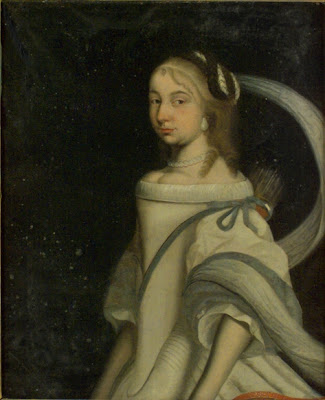 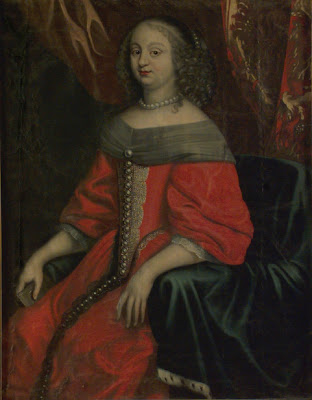 I suspect this gown is a bit fanciful but I love the combination of silvery white and blue. 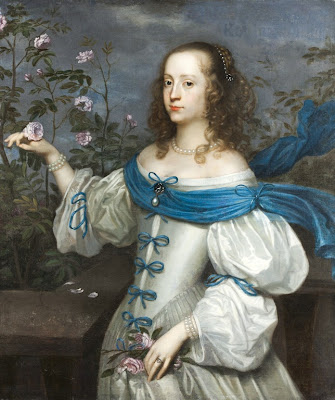 I doubt she was considered a beauty, but I think she's a cutie anyway! 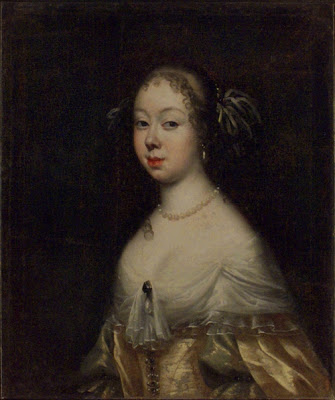 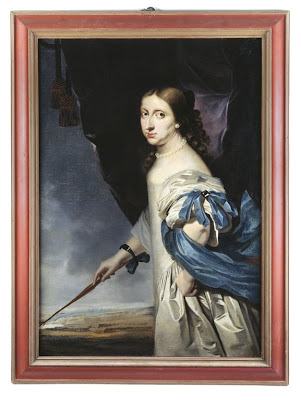 This is listed as an unknown Spanish or Italian lady in a Spanish dress. However, I have seen other vesrions of this portrait attributed to Hortense or Marie Mancini. 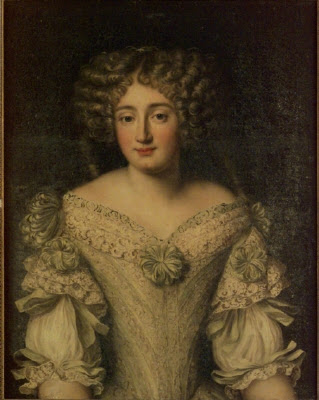 By Alessandro Varotari (Padovanino), second half of the 17th century. 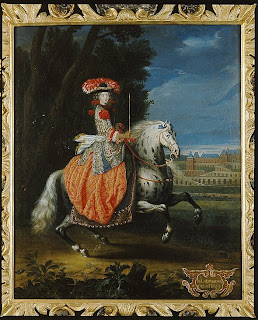 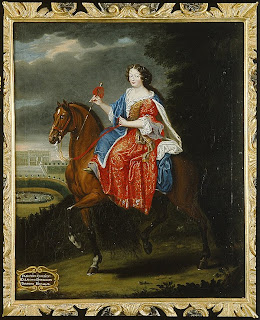 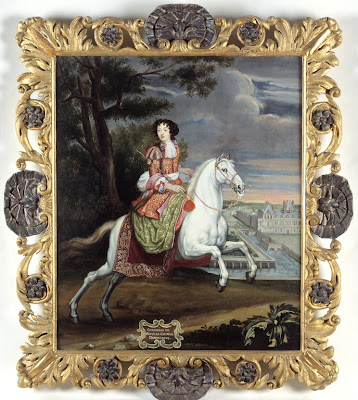 A couple of French court ladies on horses. The riding habits seem more or less fanciful, but are interesting nevertheless. 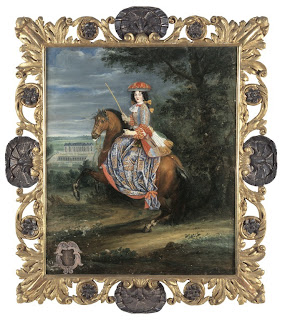 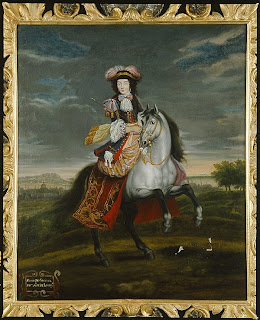 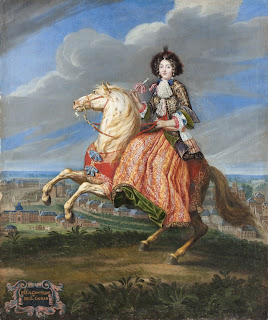 I think her dress is pure fancy, but I adore her hair! 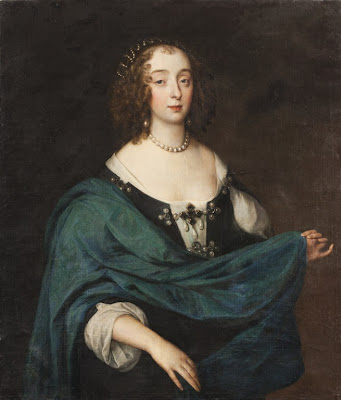 Her hair! It's easy to forget that they had big hair in the 17th century as well. 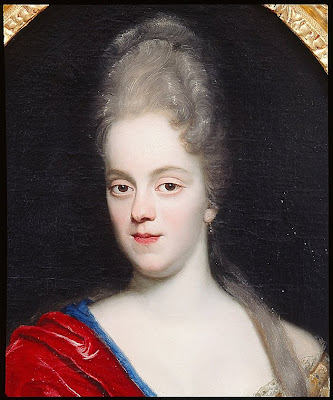 I love the knotted hem on that first riding habit

I like the big bows they have in their hair. :)