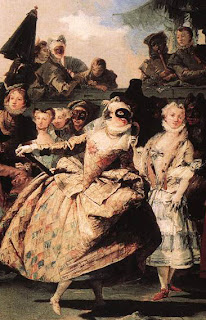 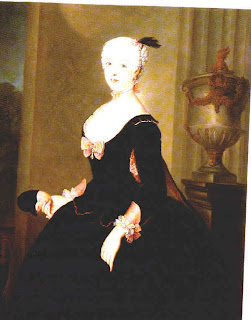 For reasons totally unknown to me now, I opted for red rather than pink but apart from that I’m still very pleased with how it turned out. This was the first gown that really fitted and I loved the look of it, but as with all my clothes from that time I had very little money and the fabric is dead dino, again. It was only worn once, but perhaps I will make another one in silk, one of these days. 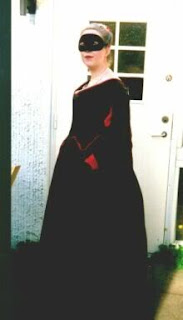 My second one was once again inspired by a painting. 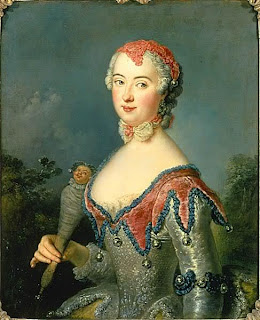 I like it, but it’s still a work in progress. The collar needs to be lined and there should be more decorations. 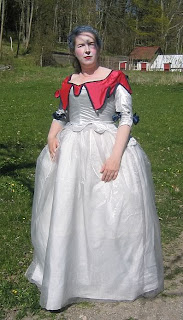 That last one is the one I like the most. I went as a deer, but I wanted a deer as an 18th century woman would interpret it. The gown was already done, but I made this little antler hat and I really like the effect. 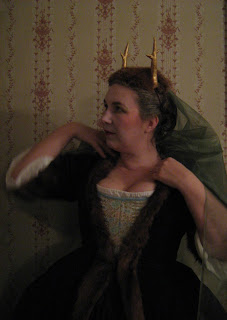 Again, I love your deer! Masquerade gowns are so much fun. I can't wait to see what you come up with for the Kalmar ball!

You are too kind, Madame Berg! Thank you!