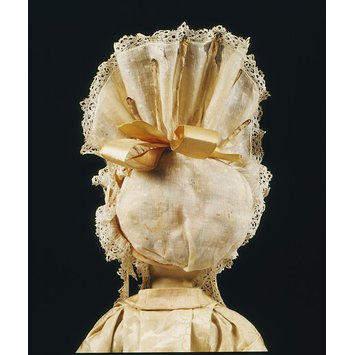 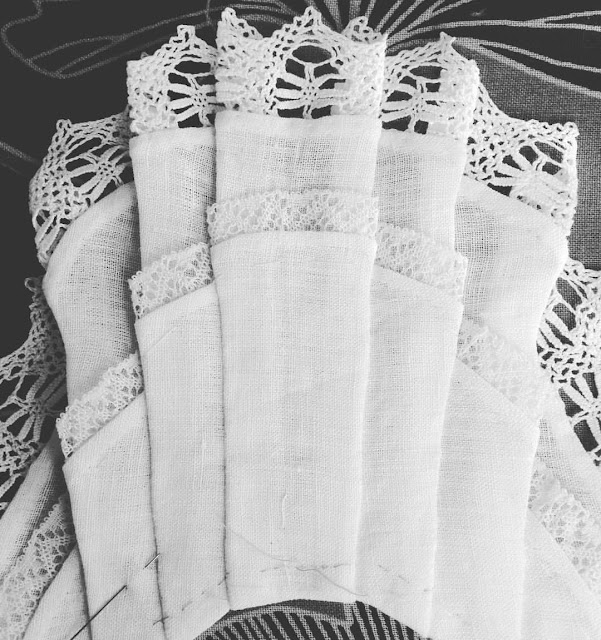 Oooh how exciting! These caps are so ridiculous but fabulous aren't they!
I imagine the doll's cap sits very differently from a full size one as the fabric is so out of scale. Yours is looking gorgeous - are you starching it too?

Maryanne: Completely over teh top caps! I guess so. :) And yes, I will starch it as well as adding some wire.