I have mentioned before that I inherited a lot of sewing stuff from my grandmother Greta and among that were two hatboxes for travelling, crammed with hat supplies, as well as a few hats and almost finished hats, like this blue one. There were also two 50's velvet caps in purple and brown, in various state of completion. The purple one was all but done. 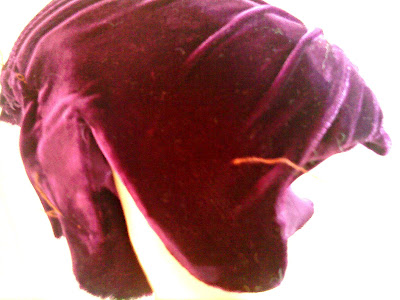 The velvet had been pleated on a canvas cap, reinforced at the sides with millinery wire and the only thing remaining was to remove the bright orange basting thread and cut down and fold in the remaining fabric, attaching it neatly to the inside. It took me an evening or two. I have no idea why she never finished and my Mum, who remembers it very well, don't know either. It was a very nice feeling to finish something my grandmother started, some 60 years ago. 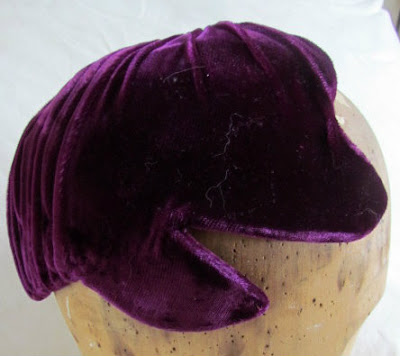 Due to the wire the hats stays on very well without any need for a strap or comb on the inside. My grandmother had the right hair for it, rather short and with very fine strands. On my thicker and longer hair I need to flatten it down a bit for the cap to look right. Good for bad hair days! I wore it (though forgot to take pics) with a low bun, which worked, though I should have used more pins. 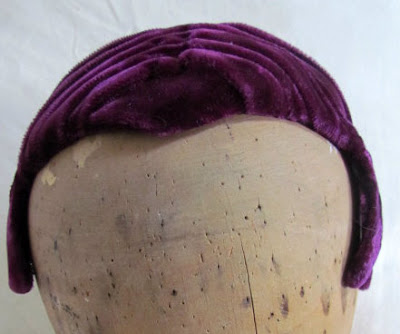 This style was quite common during the 50's and you can find it in just about every place that sell vintage hats. My grandmother seem to have liked the style as I have, apart fro the other unfinished one, a cap ade out of purple feathers. It needs some TLC before I show it- 60 years in a box have made it a bit sad. 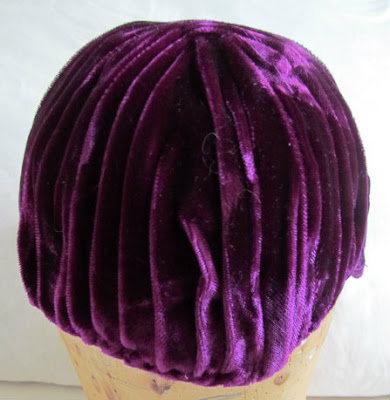