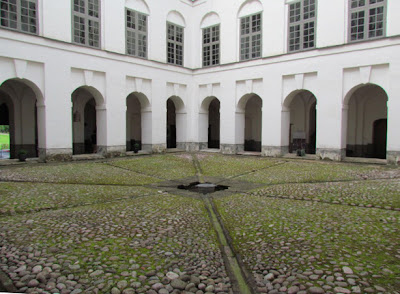 Before the tour we had coffee. Very essential for any outing! 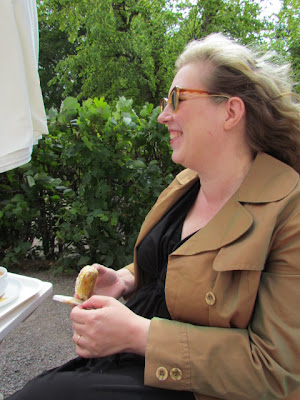 The unfinished ball room. This gigantic room, had it been finished it would have been bigger than the ball room at the (then) Royal castle. When Wrangel dies the workmen just lay down their tookl and left, and it has been standing like that since then. The tools are still there and the whole room look like they will reurn any moment and continue.

The count's bedroom. Not for sleeping, he had a smaller and cozier bedroom behind this room, but for his levée. There are over a million silver spangles on the bed curtains. The grand fireplace is made of wood- real warmth came from the stove in the corner. 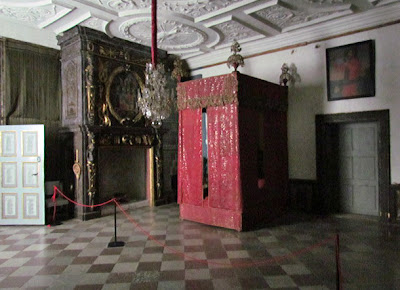 The countess bedroom for the same purpose and almost as grand. Despite some initial moaning my son was completely facinated by the whole castle. 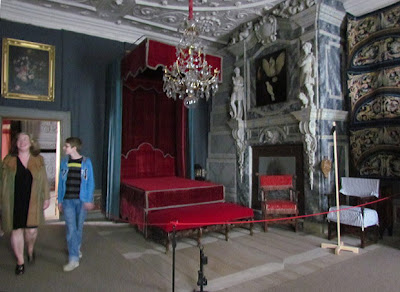 But being 13 he was, quite naturally, most interested in the weapon chambers.

A hell machine, which is in fact a time bomb! It was meant to be placed with the gunpowder on one of Wrangel's ship, creating a small spark to make the whole ship go up in flames. But the creator of the bomb was so proud of his workmanship that he had to brag about it and the plot came to naught. 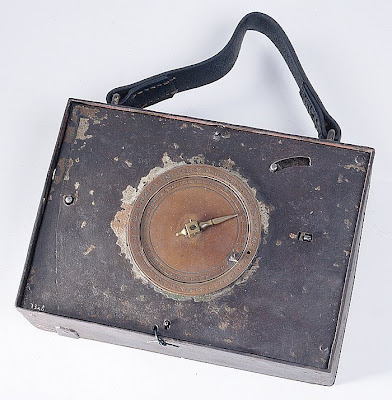 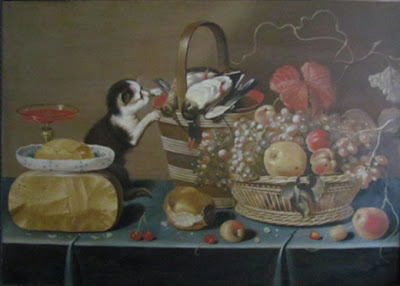 The ceiling of the dining room has this wondergul dragon that is spewing out fire and the crystal chandelier over the table. 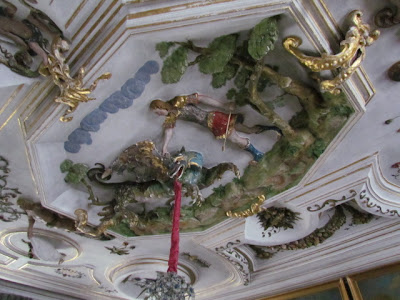 You can also find intepretation of the four known continents. A so love Africa with the crocdile with long legs and cloven hoofs. 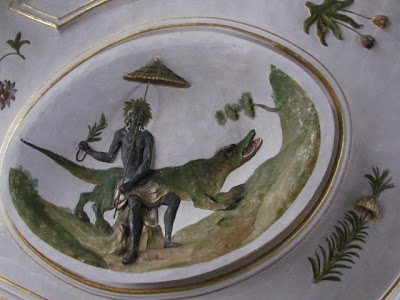 As well as America with a giant armadillo with a horn on the nose. 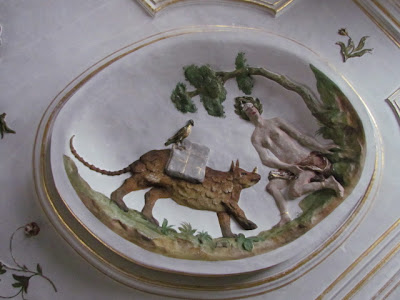 A very 50's looking filling station on the way back to the car. 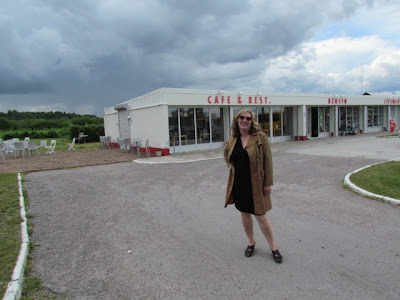 There were so many great portraits that I will need to make another posts just for those. So stay tuned for more 17th century.
Posted by Isis at 11:05

Thanks for sharing! Wonderful photos -- that looked like so much fun!

I always enjoy seeing posts like this, because my husband's family on his father's side came from Sweden and Denmark, so I send him these posts so he can see the beautiful photos too.

Fascinating! The place of course, but also the time bomb!

Cynthia: Thank you! And I hope he'll enjoy them! What part of Sweden?

Augustinytär: Yes, it's really quite intriguing!